Recently I was commissioned to create an anniversary card for a former co-worker's parents. When I asked her if I should use the beautiful heart diecut from Bloomin' Hearts Thinlits (page 215), she readily agreed. My next question was whether she wanted me to use any particular color scheme. Her answer: light blue. So I set to work and did just as she requested.

For your listening pleasure, I have included a link to the original song below. (I hope it works. I have never done anything with a video link in my blog posts before.) It's not a long song, so please take a few minutes and listen to some beautiful music from the olden days.

Back to the anniversary card I created for Michelle to give to her parents. She had asked for light blue. To give the heart some contrast, I laid it over a slightly darker blue cardstock, then fussy cut around it. 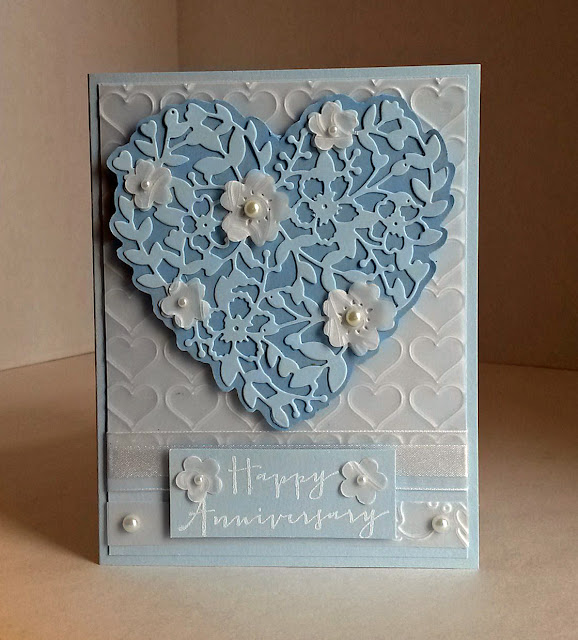 Thanks to strategically placed Stampin' Dimensionals,
the card has a pleasing profile. 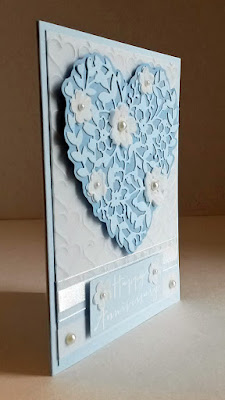 The backdrop for the diecut heart is a 4" x 4" piece of Vellum Cardstock that I embossed with a hearts embossing folder. So using vellum for the flowers on the heart as well as on the sentiment was a natural choice. 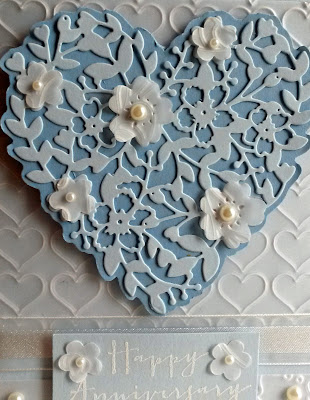 For the large flowers on the heart, I used the heart die that came with the set. However -- and I am devastated to have to admit this -- but somehow I lost the small flower. Do you remember that punch with a row of three five-petal flowers that Stampin' Up! had some time ago? Well, of course, being the professional product hoarder that I am, I still have mine. And that's what I used for the little flowers. All the flowers were die cut from previously embossed Vellum Cardstock. I love the added interest the random embossing offers to the flowers. Basic Pearls for the centers of the flowers were perfection on this gentle card. 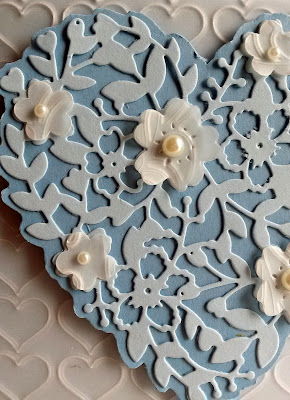 In the following photo, you can see the embossing on the flowers a little better. 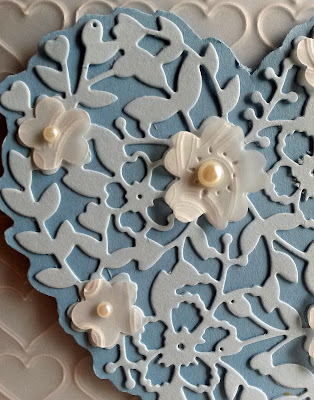 Alongside the embossed Happy Anniversary,
I added matching flowers on either side. 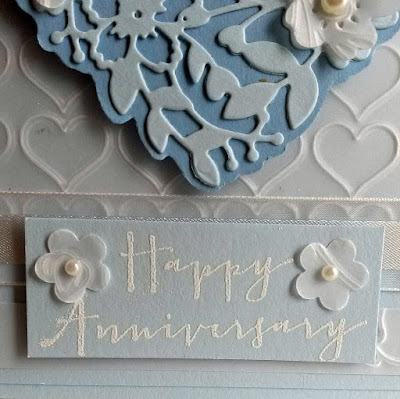 The pretty ribbon strip is ribbon that I swear was still in the current catalog. But, upon looking, I discovered it's NOT! Oh no! I love that ribbon for certain cards. Oh well, I will keep on using it anyway. Retirement doesn't bother me.

With a little gap between, I added a narrow strip of the pre-embossed Vellum Cardstock I'd used to punch/die cut the flowers underneath the ribbon. I love how this ties it all together. 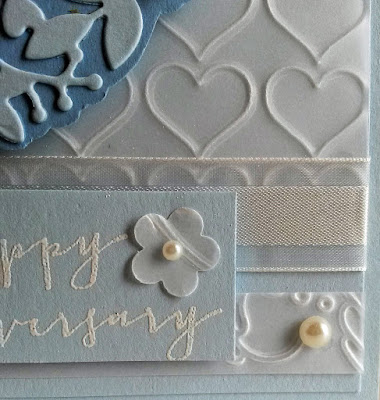 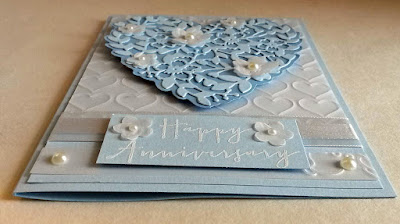 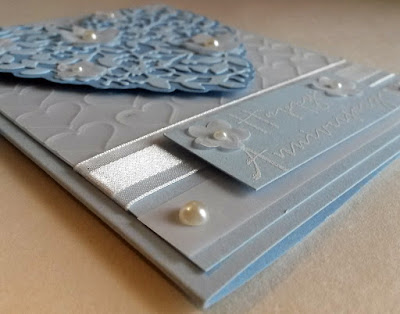 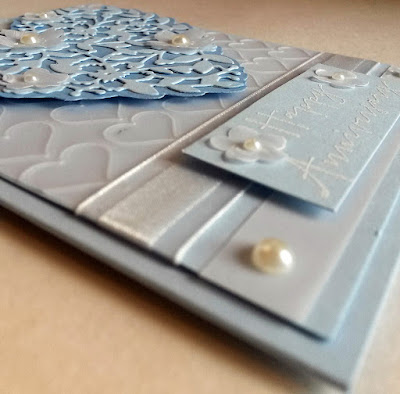 I hope Michelle (and her parents!) like the end result. 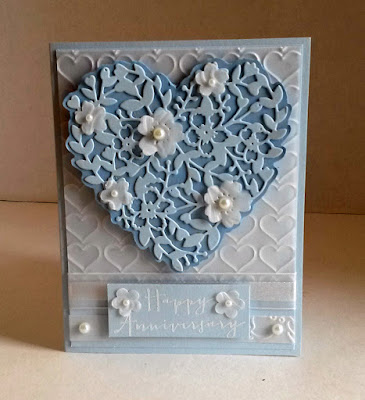 I should just mention here that I do accept commissions for greeting cards. Just let me know if you are interested!