Yesterday was milestone time for paperseedlings.com. I started this blog on September 5, 2012. My tenth blogiversary! This is blog post #1137!

For several years now, I have been very faithful about blogging twice a week, writing my posts on Tuesdays and Saturdays. Without fail. All the blogging experts advise bloggers to be consistent with their posts, in that, if my readers expect a post from me on those two days, there'd better be one.

Another thing that I am very proud of is the fact that I have never deviated from my reason for starting Paper Seedlings, and for calling it by that name. All through these ten years, I have continued to share with my readers little paper seedlings of inspiration that I hoped would grow into full-sized wonderful and satisfying paper creations. Another reason for starting my blog was that I also hoped to grow my business through my blog, asking readers that, if I inspired them in any way, to maybe order from me as a Stampin' Up! Demonstrator once in awhile. That has never happened.

I have been ruminating on blogging for some time now.

My daughter, a wonderful artist, tells me constantly that blogging is so out of style. That NO ONE blogs anymore. She is somewhat wrong about that, in that I subscribe and link up to many wonderful blogs.

It does seem that bloggers who host Linky Parties on their blogs are becoming fewer and fewer. Those Link-Ups seem to be where most of my traffic, what little there is, comes from. So, I am indebted to those bloggers who continue to hold these events, mostly on a weekly basis.

Let's look back a bit.

Just before my second blogiversary, on August 20, 2013, my White Wedding post -- WHOA! -- had 36,741 views. Another Pinterest surprise! On my first blogiversary, September 4, 2013, I had a so-so blog post, and even that one garnered 998 views. That second year of blogging was OK, nothing so astounding, but holding in the thousands much of the time.

For my third blogiversary, I posted a card that gained 941 views. Hmmm. That year hummed along sort of boringly, but still maintaining high 100s and into the thousands at times.

A delighrful surprise greeted me with the February 3, 2016, post, Love You Quilt. 18,015 people checked it out! The rest of the year was very similar to the previous one.The next few years found views more in the high hundreds than in the thousands. This continued until the Pandemic hit, when viewership fell into the mid-hundreds for the most part. Huh.

All of a sudden, long about mid-April 2022, I have been consistently at under 100 views per post. I am actually excited if a post exceeds 100 views. I do not know what happened. I don't think my work is lacking.

Anyone have any clues? Has something like this happened to you, if you are a blogger -- and had been doing really well before?

I don't know if people are just not interested in cardmaking anymore. Or just stamping in general. Once a month, I do a post on the drawings I'd done from Terry Runyan's #dailycreating group. While, in the beginning, they seemed to have been well-received, but not lately.

I have been racking my brain, trying to come up with something that would instill more interest in my blog. So far, however, nothing.

Today, I share with you a bit of autumn decor that I created. Last week, I discovered at the Dollar Tree some wooden leaves on a white beaded ring. One side of the leaf had an initial. ??? Don't ask me why. So, I put two of these leaves in my cart to make them more "me". 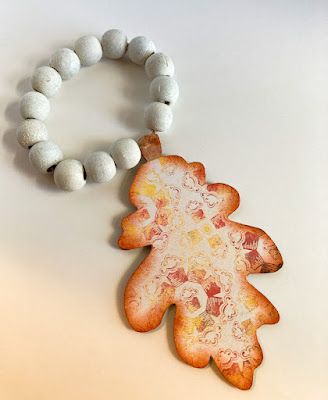 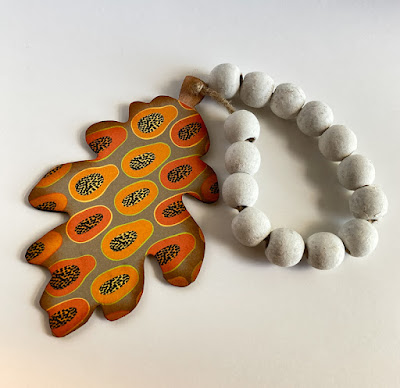 By adding some fallish colored Designer Series Paper to the initial side of the leaves, I made cool little doorknob hangers. 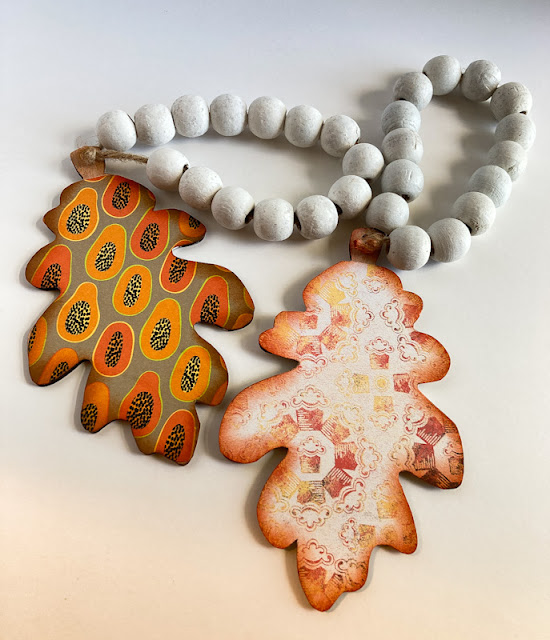 I traced the leaves onto my chosen DSP, fussy cut them, and adhered them with liquid glue. Even though the leaves were dressed up in pretty DSP, they still seemed a little plain to me. So I fixed that with a little sponging on the edges. 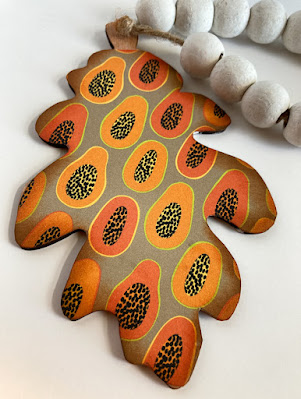 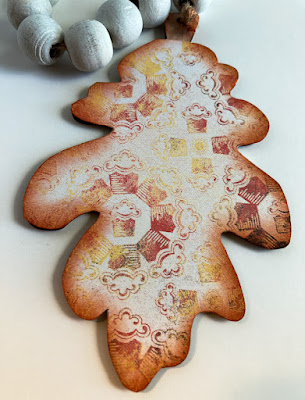 +++++++++++++++++++++++++++++++++++++++++
It seems like forever that I have been enamored with quotes of all sorts. In the beginning stages of paperseedlings.com, I used quotes quite frequently. I am going to bring them back, hopefully in each blog post. But, that, of course, will depend on time elements. To accompany each quote, I will also include one of my photos that seems to complement the quote.
Don't let one cloud obliterate the whole sky.
- Anais Nin -