Since it is World Card Making Day, I wanted to do something special. Often in the past, I've had to somehow fit in at least one card because something else was going on that day. I wanted to do a card project with a couple of my stamping friends, but they were unable to make it. So, I decided to get busy on my own. I had nothing else planned. So I spent the afternoon making 16 cards. Whew.

Have you heard of a One Sheet Wonder? If you're a seasoned stamper, you probably have. Even then, you may not be familiar with the phrase. For a One Sheet Wonder, you take a single 12" x 12" sheet of Designer Series Paper and cut it up according to any number of templates.

My advice for when choosing a DSP to use in a One Sheet Wonder project is to be sure to pick a pattern that has some pizzazz. Nothing just too subtle. This piece of DSP is going to be the star of your card, and you want it to LOOK like a star!

Last night, in preparation for my card making marathon today, I went to Pinterest, my go-to source when I'm unfamiliar with just how to go about doing something new. I found so many templates for this sort of project, it was mind boggling. After sifting through and examining several of them, I decided on this particular one. I printed it out so I would have the dimensions to refer to for my cutting.

Unfortunately, my eyes are not the greatest with small lettering, and the print on this template was particularly teeny. I tried to make it out as well as I could. But, I was off on a few of the measurements. So my template doesn't really look like what I'd intended. But, even so, it works just fine.

After I cut up my sheet of DSP, I put the pieces together that I thought would make good cards. Once I had this finished, I discovered that I would be able to get 16 cards total.

My next step was to figure out how I wanted to feature each of these sets. I opted to use the standard matting technique. So, I measured and mounted each one onto a piece of Night of Navy cardstock, all ready for use on my 16 cards.

This is what all of the mounted DSP looks like (in my messy Creation Station): 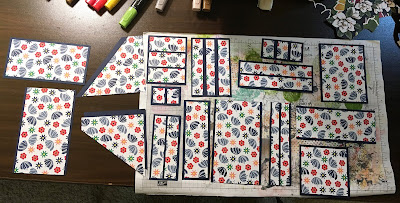 I then cut eight sheets of white cardstock in half and creased each one on my Simply Scored tool. I folded them in half, placed one DSP unit on top of each one, and had my stack all ready to go.

I just started on the top of the pile and finished working on each one before moving onto the next in my pile. Incorporating circle and oval punches, along with lots of ribbon, became the style of my 16 cards. I used Night of Navy ink for all the sentiments.

Following are the 16 cards I created from my one 12" x 12" sheet of Designer Series Paper. It required eight additional sheets of white cardstock, as well as approximately five sheets of Night of Navy cardstock. For the most part, the sentiments were popped up with Dimensionals.

The cards below are in the order I created them. Once I had a card finished, I never looked back to see how I did any specific part. It took me about three hours, and I have to admit that, by the time I got to #13 in the lineup, I had pretty much lost my steam. I had to press on to get all 16 finished in one sitting. 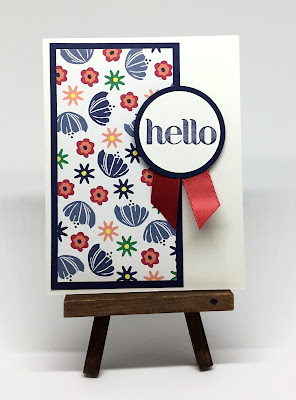 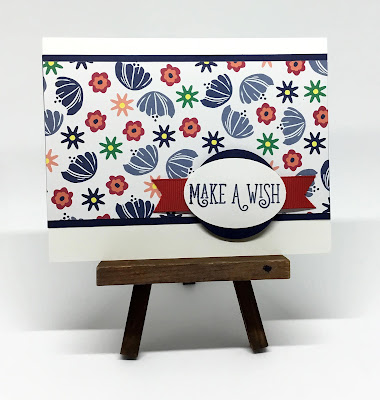 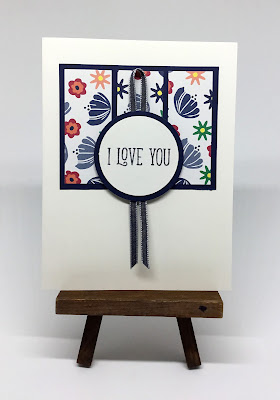 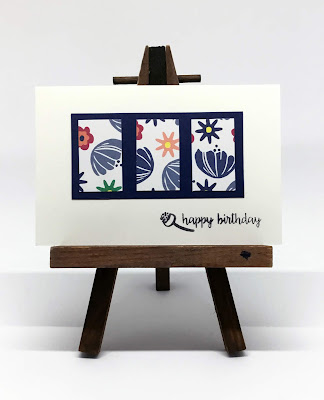 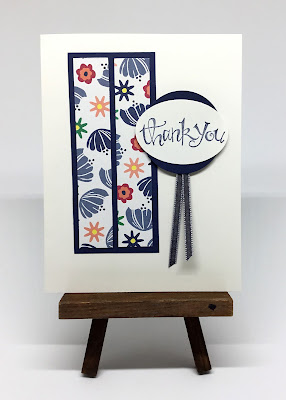 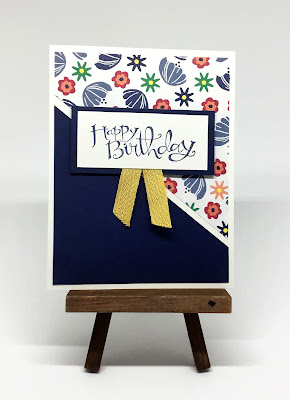 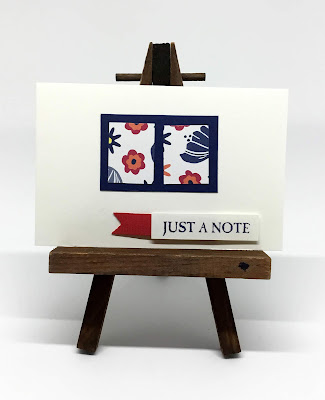 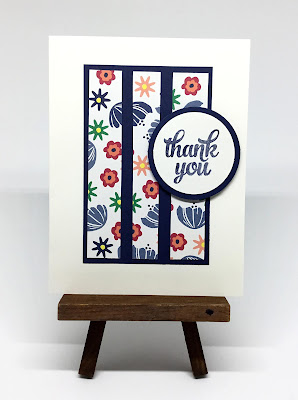 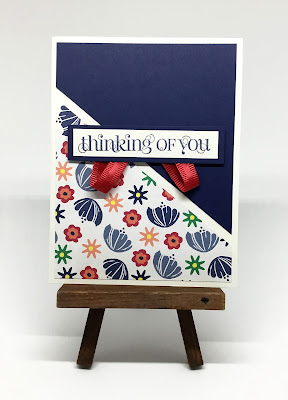 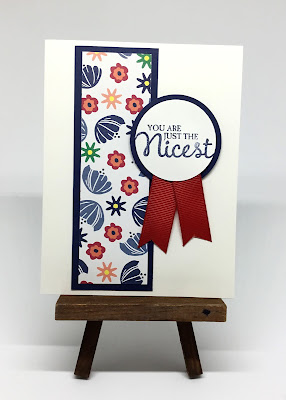 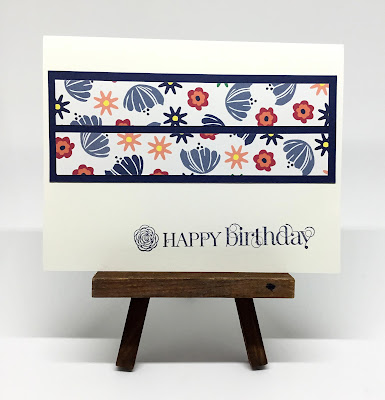 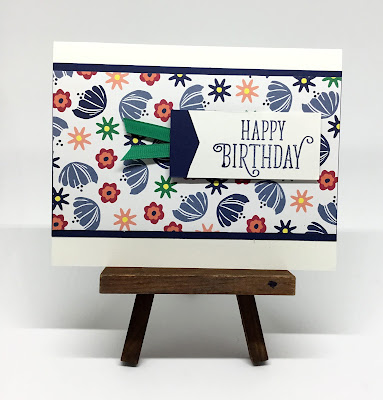 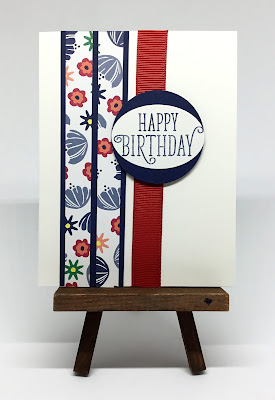 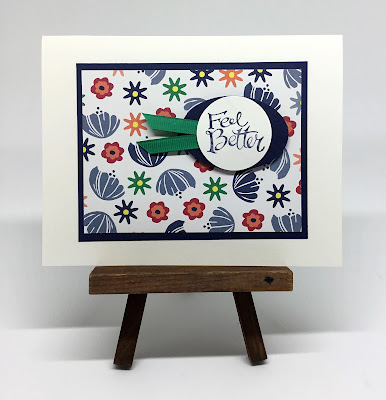 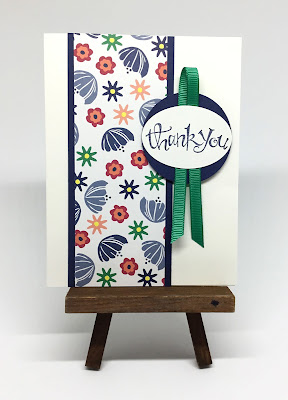 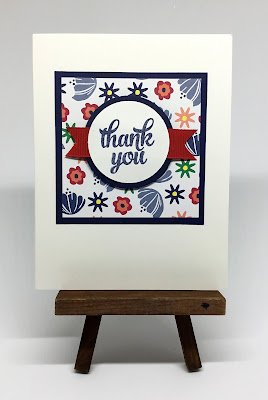 How did you spend World Card Making Day? Hopefully creating at least one card!