The last four days were nearly perfect. Our family was all here! It doesn't happen all that often, even though we only have two daughters. Life is busy.

One of our daughters lives in the same town we do, so we see Sarah and her son, Enzo, on a fairly regular basis. However, our other daughter and her family live more than two hours away and have frantically busy lives. So, it was a treat to spend these days with all of them.

We all did a few special activities in the past days. One of the most interesting little trips was a visit to the Leigh Yawkey Woodson Art Museum, home to the internationally renowned Birds in Art exhibit each fall.

My daughter, Emily, her husband, Stephen, her daughter, Stella, and I were the ones who partook of the interesting exhibit that is there currently: Origami. Being an avid paper lover, I really wanted to see it, but was extra delighted when the three of them agreed to see it with me! 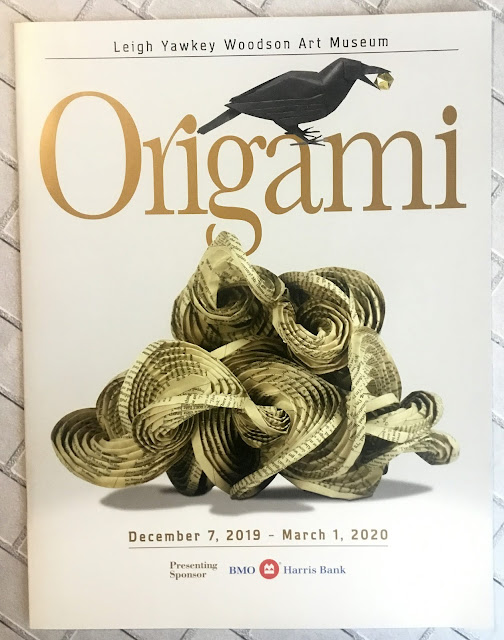 Following are a handful of photos I took while we were enjoying the Origami exhibit.

Stephen and Stella enjoying the wall full of origami koi: 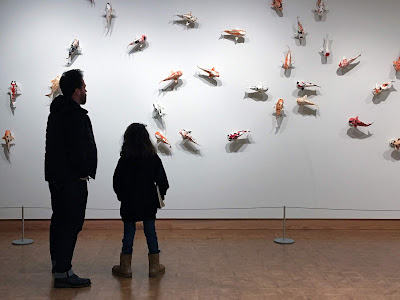 I find it incredible that the next two photos are created from paper.
These pieces were huge! 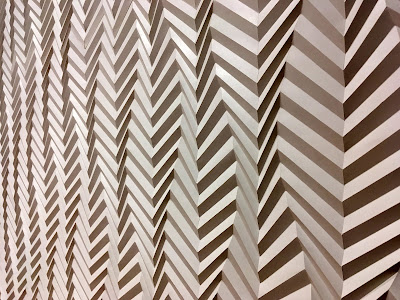 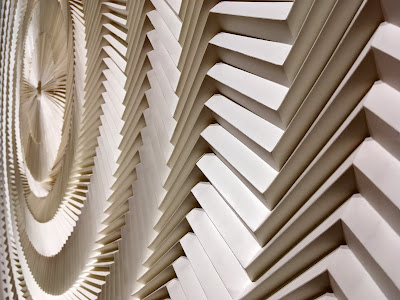 Upon entering the origami exhibit that was
found downstairs at the Museum, FaunaFold: 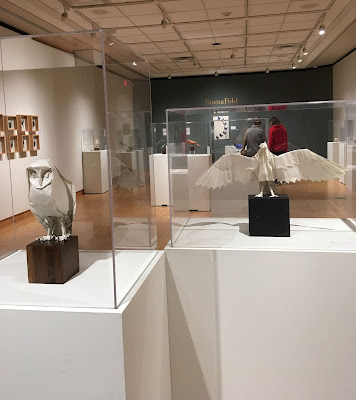 Some of the exquisite origami fauna created by Robert J. Lang,
who was also the creator of the wonderful koi wall shown earlier. 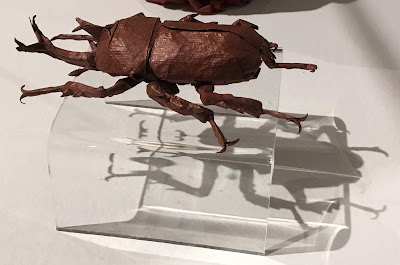 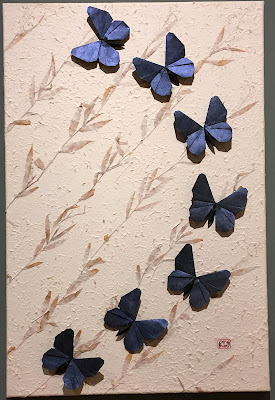 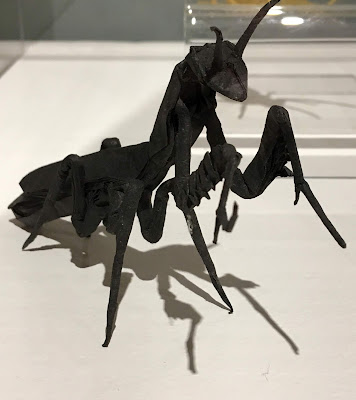 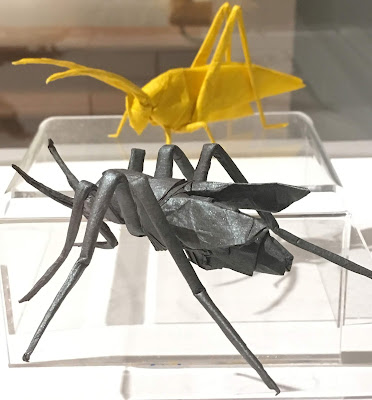 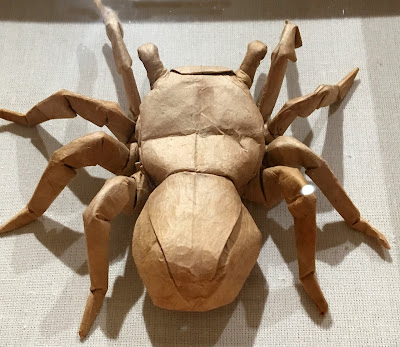 Whenever there is an exhibit at the Leigh Yawkey Woodson Art Museum, they always furnish Activity Guides that encourage both the young as well as the not-so-young to get more involved in the exhibit.

Below is a photo of one side of the Activity Guide that I found especially intriguing. The first paragraph reads (if it is not legible to you):

A recent New York Times article referred to origami as the science of paper
folding -- a combination of geometry, math theory, and patterns -- single
squares of paper transformed into intricate 3-D sculptures.

To work with this science of paper folding, Robert J. Lang, who is a physicist as well as an artist, creates diagrams called "crease patterns", using a computer program that he designed.

The larger of the diagrams depicts a portion of the crease pattern he used to fold The Sentinel II, Opus 627, which is pictured in the top right of the Guide. Incredibly detailed, the crease pattern is a work of art in and of itself. Don't you agree? 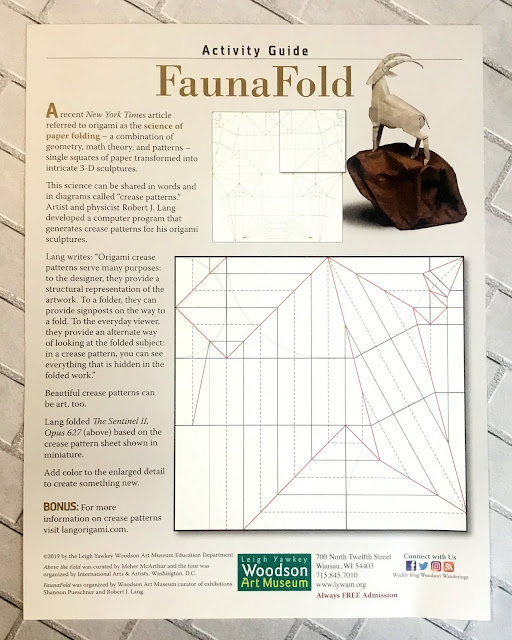 To keep with the spirit of the Origami exhibit, Emily and I folded a paper butterfly and box in the Art Park downstairs. Intended for children, we just could not resist following the brief videos to create little works of art to take home and enjoy, as well as to remind us of the wonder that is the Origami exhibit. 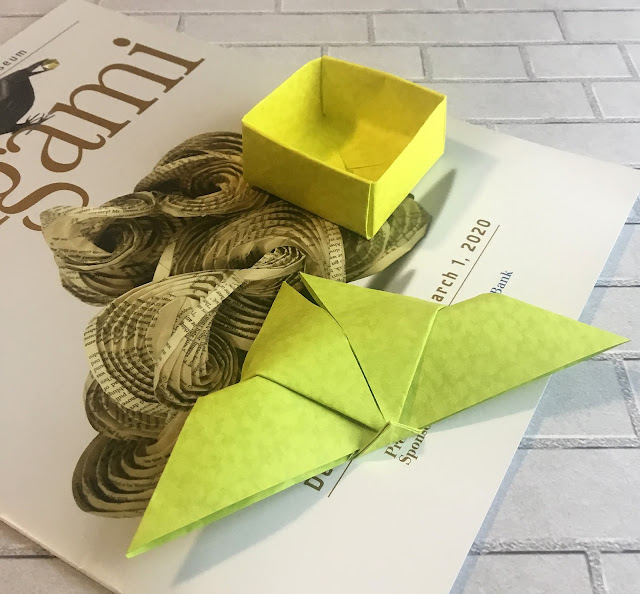 A photo of Emily and me standing outside the Leigh Yawkey Woodson Art Museum: 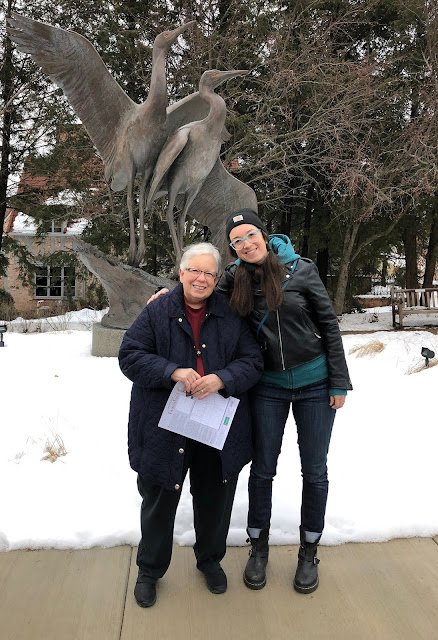 If you ever find yourself in central Wisconsin, be sure to look up the Leigh Yawkey Woodson Art Museum. Their exhibits are always world class and wonderful to behold. For further information about the museum and their exhibits, please tap the above link. You won't be disappointed. Seriously.