My husband and I have two grandchildren: Stella, who turned 12 right after Christmas, and Enzo, who became a three-year-old on Sunday.

Well, everyone knows how very special it is to turn THREE! I wanted Enzo's birthday card to be super cool for this momentous occasion.

When the Mini Catalog went live last month, and I discovered the Bonanza Buddies Bundle on pages 32-34, I knew I had found the perfect set for Enzo's upcoming birthday. 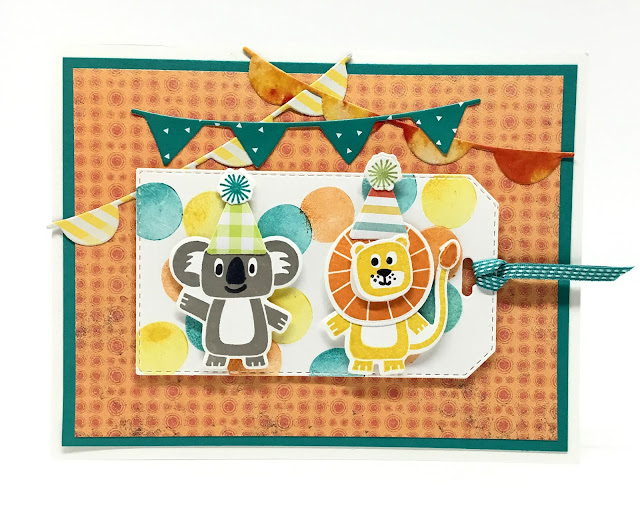 It did take me an entire afternoon -- with all the trials and errors -- to create his card, but I finally came up with: 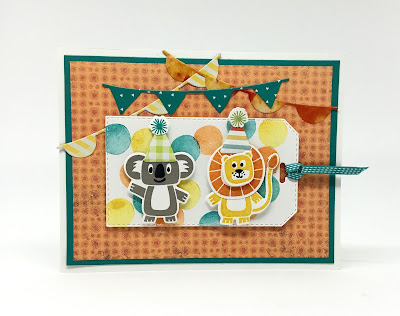 The characters in this bundle -- there is also an adorable toucan --
are so friendly and just plain WONderful. 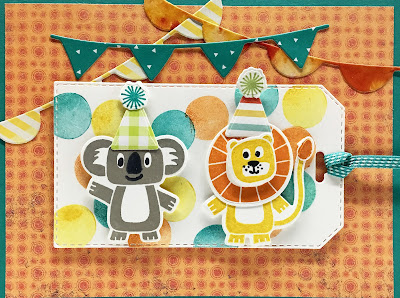 Combining the stamps and the dies gives you
a plethora of ways you can put these guys together. 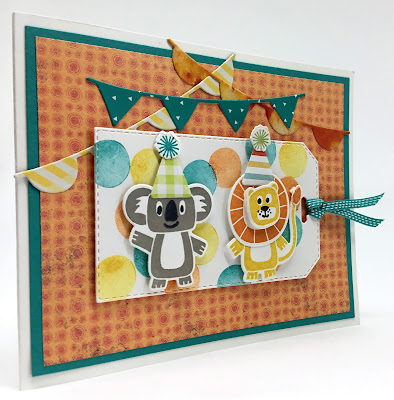 When all is said and done, the lion is actually SIX pieces:
his body, his mane, his head, the tip of his tail, his party hat,
and the poof on top of the party hat.
You will notice that I didn't stamp the hat first,
but simply die cut it from some celebratory Designer Series Paper
with the included die. 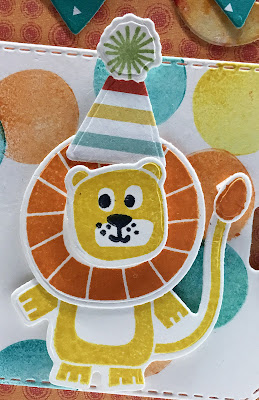 Mr. Koala has a few less pieces, just three of them.
Once again, I just die cut the hat from more happy DSP. 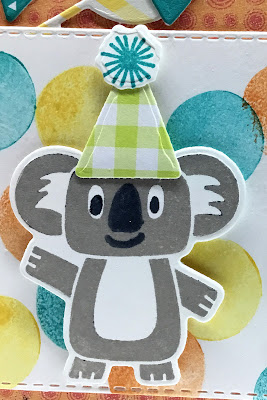 The card doesn't have just too much dimension,
just a few Stampin' Dimensionals here and there,
and then, of course, the bit of ribbon. 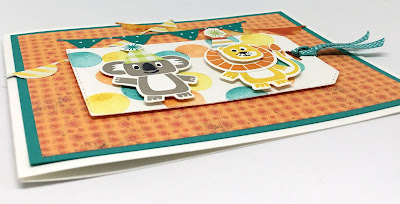 The cute banners, as well as the stitched tag upon which the animals rest,
are also dies in the bundle.
That tag! I will be using it LOTS! 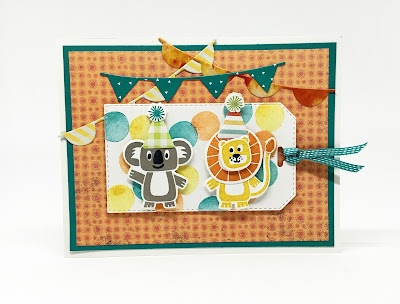 The inside of the card features stamped balloons,
which were then die cut. Before I adhered the balloons,
I stamped the strings for the balloons in Smoky Slate
and plopped the cute sentiment right over the strings. 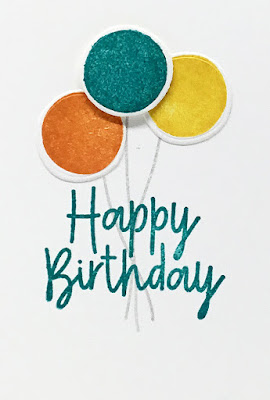 For the dots on the background of the tag, I stamped each one off first before stamping them on the tag. I had done a tag initially without first stamping them off, and they were so IN YOUR FACE that the cute characters were almost lost. Thus, the stamping off, which added a cute extra festiveness to the card without being overwhelming. By the way, the dots were actually the balloons that I stamped inside the card. 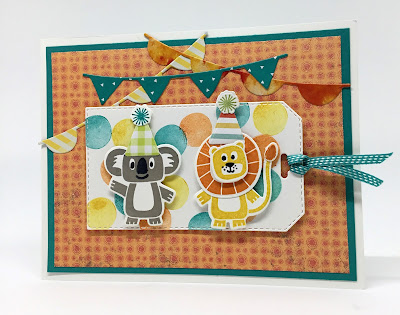 Knowing that the card was special and handmade,
a friend lent a hand in helping Enzo remove the greeting
from its envelope at his birthday party. 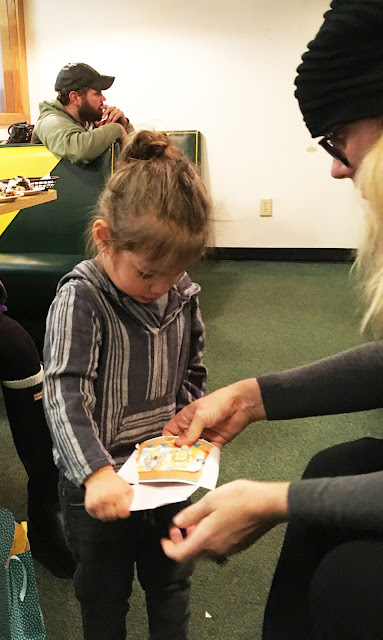 Unfortunately, the first thing the little darling did was try to peel off the animals.
Not sure if he thought they were stickers or toys,
but it was rescued quickly before any damage was actually done. 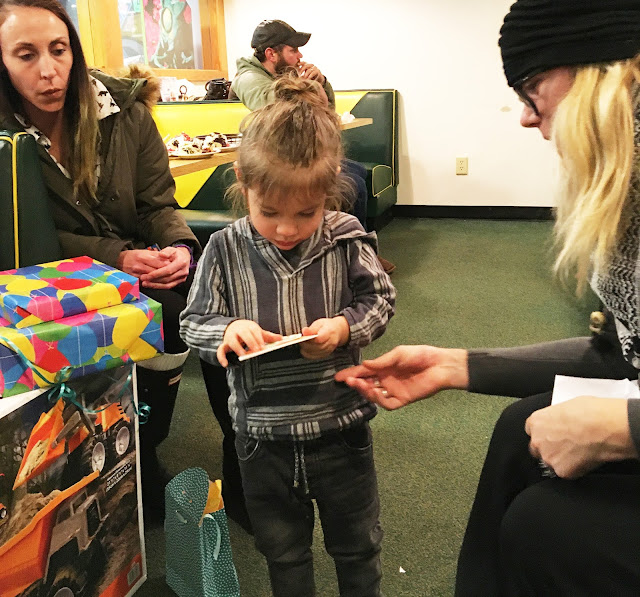 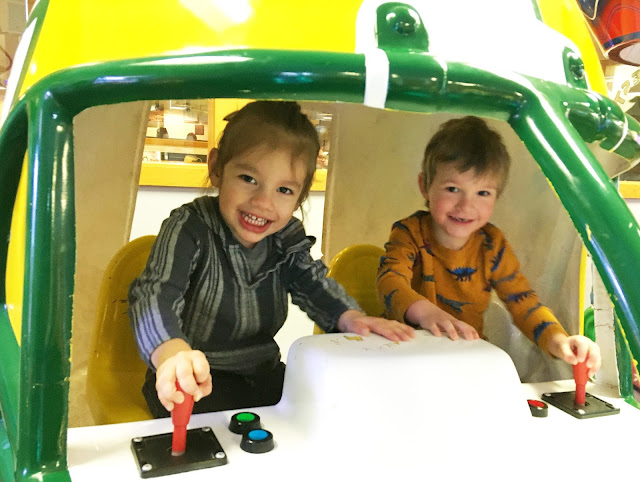 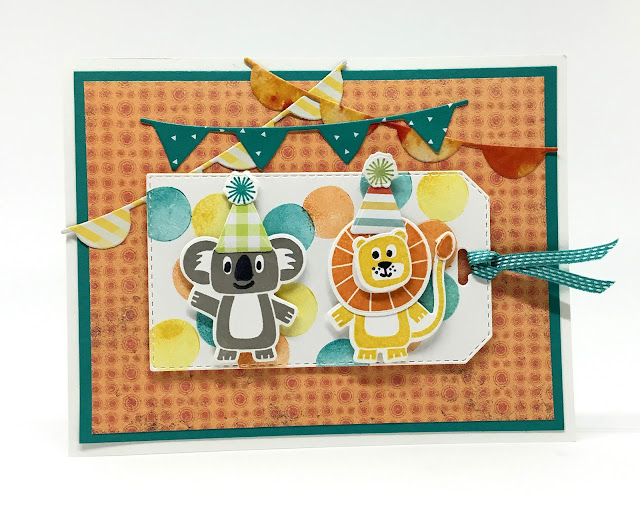 HAPPY BIRTHDAY TO MY FAVORITE (ONLY) GRANDSON, ENZO!