This card was oodles of fun to make! And I have a lot to say about it.

The gorgeous flower that is my focal point is from a Paper Pumpkin kit of a few months ago. This flower has impressed me so much from day one, and I have used it several times.

I intentionally used some of our new In Colors in this project: Magenta Madness, Bumble Bee, Just Jade and Cinnamon Cider. I guess I actually used four of the five! 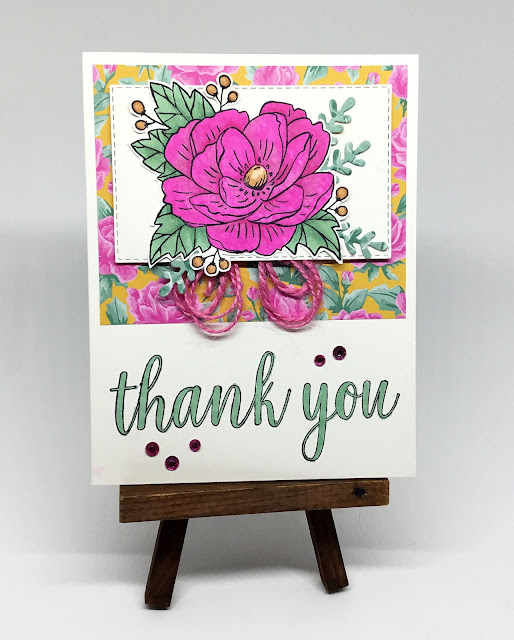 Initially I cut my piece of Flowers for Every Season Designer Series Paper (page 148, Annual Catalog) to 4" x 5 1/4", the normal size you'd cut to fit on a card base. While lovely, the paper was incredibly busy with the large flower trying to play against it. Thus I opted to cut it down considerably so the design in all the colors I used on my flower served as a wonderful complement, rather than overwhelming it. 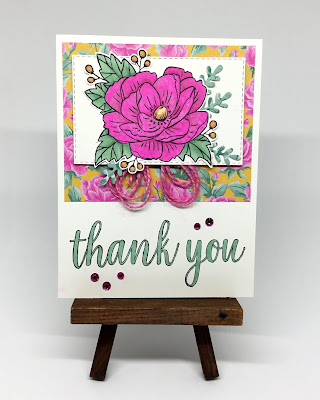 Even though it's not a Stampin' Up! product -- in fact, it's some cheapo stuff that I picked up who knows where? -- I discovered in my stash some fibrous twine that matched the Magenta Madness quite well. So I looped a length of it to include underneath the panel with the flower. I love the little bit of texture and dimension it adds. 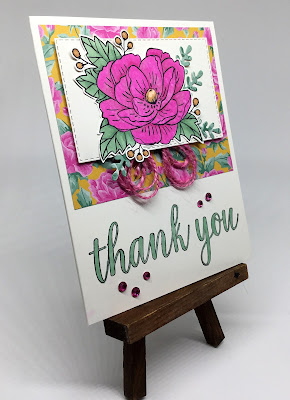 I already listed the Stampin' Blends I used to color my flower, leaves and berries. In addition, I used the Color Lifter to give the flower a bit more texture than just the Blends themselves. I love this added interest for very little effort.

What I'd like to point out about the following photo is the four extra little bits of foliage that I've added. The Forever Flourishing dies (page 175 in the Annual Catalog) has FOUR of these dies, so you can get four diecuts with one run through your die cutting machine! The crazy cool part of these leaves is that I cut them from the reverse side of the colorful DSP that is under the flower! Win win! I used up some of the scrappy strip I had left over from cutting from my 6" x 6" piece of DSP.

The fussy cut flower is mounted onto a Whisper White piece cut with one of the Stitched Rectangles dies (page 183, Annual Catalog). This piece was then popped up with Dimensionals against the DSP. 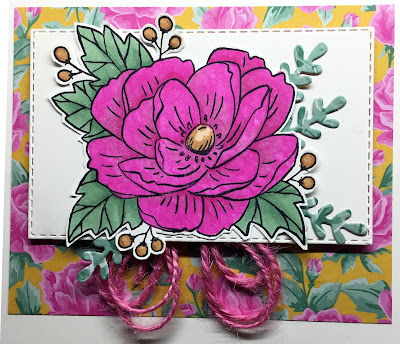 I used my stamp positioner tool to do a good job of stamping the Thank You sentiment in Memento Tuxedo Black ink. This stamp is from a retired set (that I wish WASN'T retired!) called Calligraphy Essentials. Once I had it stamped, I colored it in with a Light Just Jade Stampin' Blend.

A bit of advice when coloring in such thin areas such as you find in this sentiment. Usually I automatically use the brush end of a Blend. However, experience has taught me that that isn't the best option for every occasion. For the really thin spots, use the bullet end of the Blend. You will be much happier! 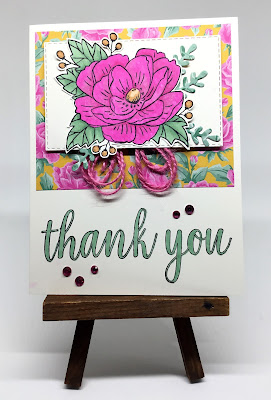 After adding and coloring in the sentiment, I felt the card was lacking something. At this point, I really wished I'd made the card a bit shorter so the sentiment would have been incorporated into the overall design a little better. However, it was a little late for that. So I grabbed my Dark Magenta Madness Stampin' Blend and colored in a few Basic Rhinestones which I added to that portion of the card. I think that made all the difference.

When all is said and done, the card has a modest amount of dimension, what with the looped twine, the Stampin' Dimensionals and the rhinestones. Depending on who is working at your Post Office, it would probably require the extra postage. 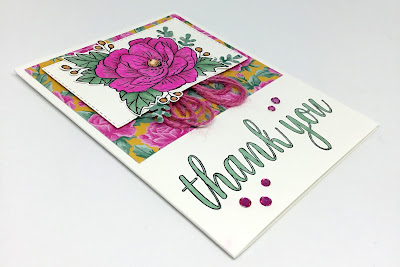 I'd love to know your opinion of the new In Colors. The only one I didn't include in this card is Misty Moonlight, a blue that I think is exquisite. Let us know what you think! 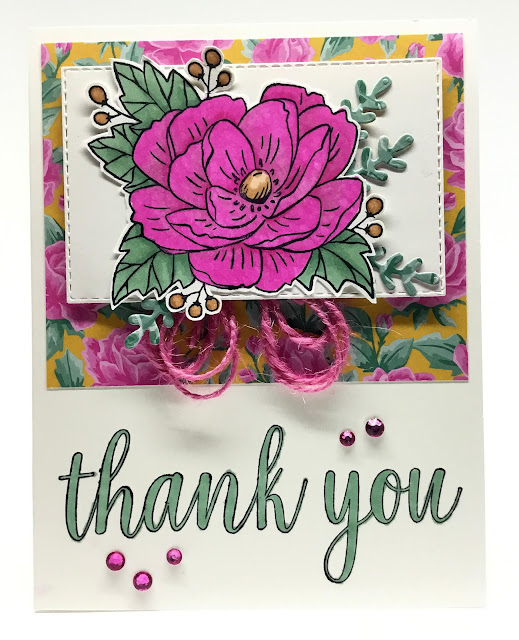