Our precious grandson, Enzo, turned 5 this week. He, like so many other little boys, loves such things as sharks, dinosaurs and PJ Masks.
He just got over COVID, and, since his mom works from home, I kept him busy several hours each workday by reading, drawing and watching "bideos". That was a technical trick I was able to set up. Finding this type of subject matter on YouTube, I had the "bideo" on the computer screen and set my iPad in front of it with the camera reversed so he could see what was on the computer.
We spent literally hours doing this. And he was completely happy. So was I because, even though he couldn't see me, I could watch his adorable face the entire time.
With this type of subject matter in mind, I decided to make him a birthday card featuring an underwater scene. He had to imagine the sharks lurking nearby, but he seemed to have to problem with that. 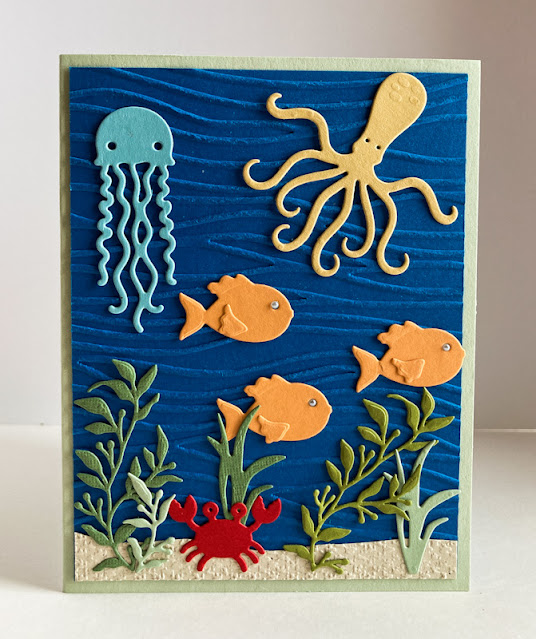 I used lots of dies, embossing folders and colors to depict this underwater scene.
It was so much fun to put together, knowing he would love it. 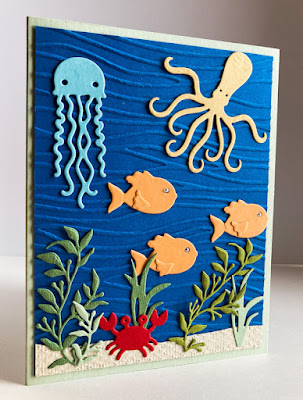 Since he was recovered from COVID by the time his birthday rolled around, I was told by our County Health Department that he had immunity for 90 days. Yay! His mom was hostessing a birthday party at a local pizza place, and we were invited. But several of the attendees were not vaccinated, so we opted to have our own little party for him at our house before his official one.
My husband and I picked him up from 4K and brought him to our house to open his gifts from us. We had a great time with him, feeling safe the whole time.
I love spending time with this wonderful little boy, and I miss the in person stuff so much. This was a momentous time for all three of us.
Shown below, he is opening his card. 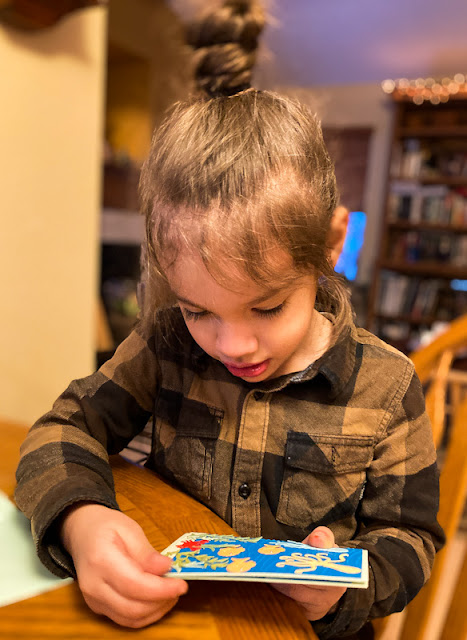 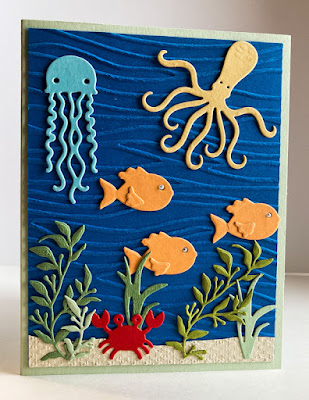 I created the inside to continue with the underwater theme by die cutting a series of waves, which I proceeded to overlap to give the impression of more of the ocean, adding a few of the weeds and the crabby guy at the bottom.
Very unsure at that point how to finish it off, I put it aside for a few days. What I finally decided to do was die cut some more waves in a white cardstock, and I tucked the edges of these waves into a couple of the blue waves. That was where I added the sentiment and our names. I think it turned out well. 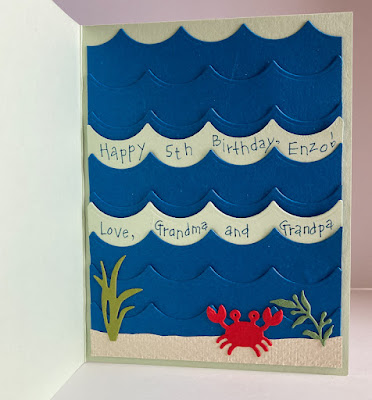 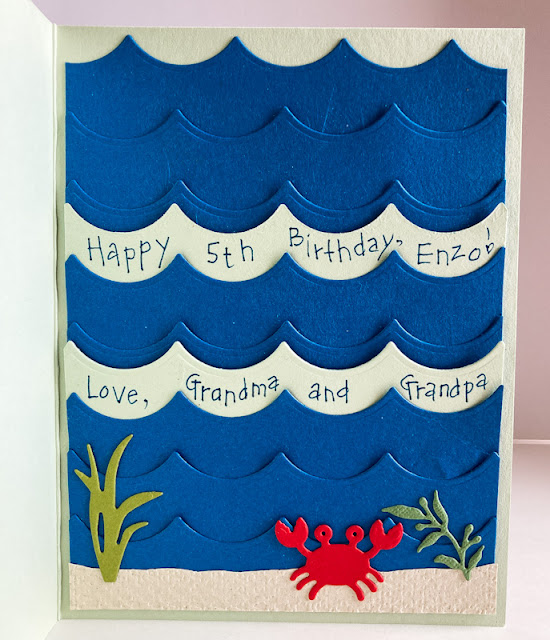 The next photo shows him sitting at our house, looking fairly serious. 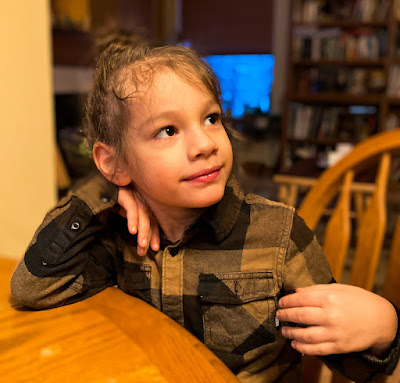 I think Enzo enjoyed his little party with us, including all the boy presents we gave him. I know we both enjoyed have him with us for a brief time! 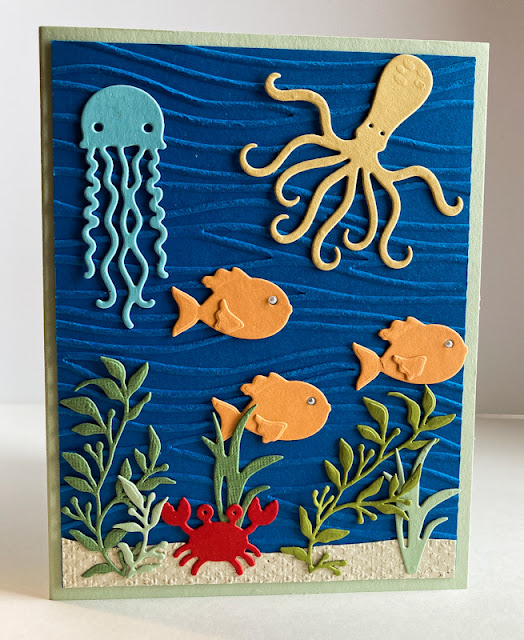 Enzo almost always has a huge smile, so I thought I'd include the photo below
so you can see the face we usually see. 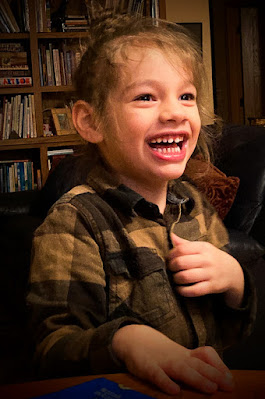