FOR THE LOVE OF CHARLEY

Two weeks ago, during Stellie Weekend, Stella, her mom (my daughter, Emily) and I had a girls day out. One of our destinations that day was the Woodson Art Museum. Emily and I are both big fans of the capricious art of Charley Harper, and an exhibit of his work was currently on display at the Woodson. 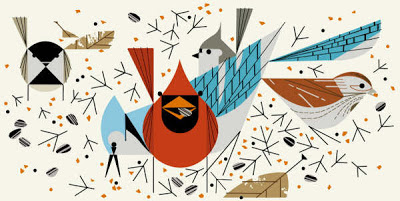 Don't you just love his rendition of a birdfeeder?

Before we actually went inside the museum for the exhibit, we stopped in the lovely sculpture garden for a few photo ops with our goofus Stella.

There were numerous lovely -- great-smelling -- trees in full bloom in the sculpture garden. Emily and I were both entranced by these trees and the fairytale ambience their blossoms added to the garden. Some of the sculptures in the garden are especially inviting to little museum visitors, and Stella had a ball with a few of them. 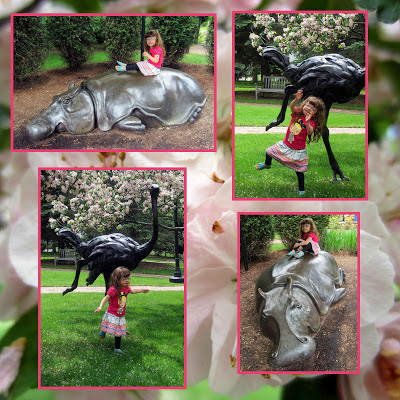 I gathered a few of the more entertaining of the sculpture garden photos to use in a layout created in my beloved MDS . Because the blossoms played such a big role in our enjoyment of the vicinity, I decided to try something in MDS that I had never tried before.

Having taken several photos of closeups of the blossoms, I decided to use one of them as the background for the layout. I went into mydigitalstudio.net, went under the "learning" tab at the top, typed in the search box "photo as background", watched the 51-second long video about how to do it, and DID IT! I then set the photos of Stella atop the flowers. With this as the background, it mimics the feeling of being in the sculpture garden.

I knew Stella would love spending time in this museum. Having been a volunteer greeter for several years there, I was very familiar with the care the museum folks take to make sure little ones enjoy their visits to the museum. They provide an interactive art area for the younger set to, well, interact with a variety of art experiences! Besides, the Charley Harper exhibit -- being so whimsical and childlike in its appearance -- would also appeal to a five-year-old. 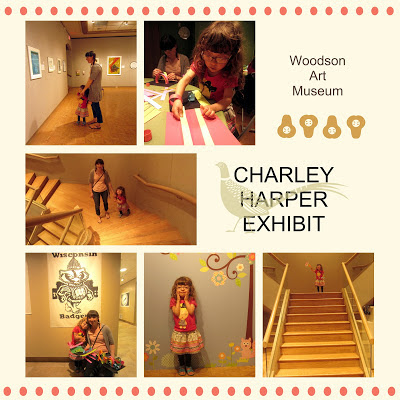 To try to capture the ambience of the interior of the museum, I wanted this layout to be crisp and clean, with just a touch of whimsy in honor of the Charley Harper works being exhibited.

Following are a few photos I took of pieces in the exhibition. Other than the museum lights reflected in the photos, I was pretty happy with the way they turned out. 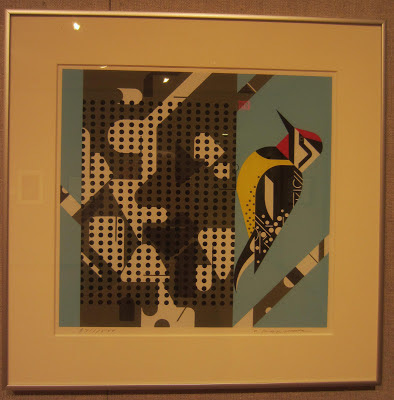 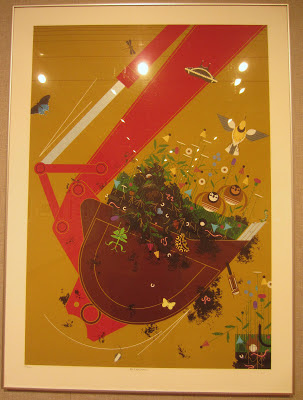 If you would like to see MANY more example of Charley Harper's work, do a search for Charley Harper and click on "images". You will be smiling from ear to ear. Guaranteed. 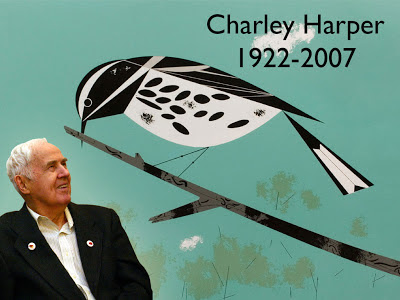