IT'S GONNA BE A WHITE CHRISTMAS

Do you remember when I introduced to you the Stampin' Up! set, White Christmas? And how I was not originally drawn to the set when I first saw it in the Holiday Catalog? And how by mistake I found myself the owner of one of the sets? You can refresh your memory by checking out this post, White Christmas.

Well, I admit I couldn't have been more wrong. Waaay wrong. This set was so much fun to play with, it turned out to be the one I turned to time and time again. Even when I was supposed to be purging and packing to get ready to move, I sneaked in a few sessions with White Christmas. Each little session was brief, but enough to get 13 of these cards finished during the packing up process. 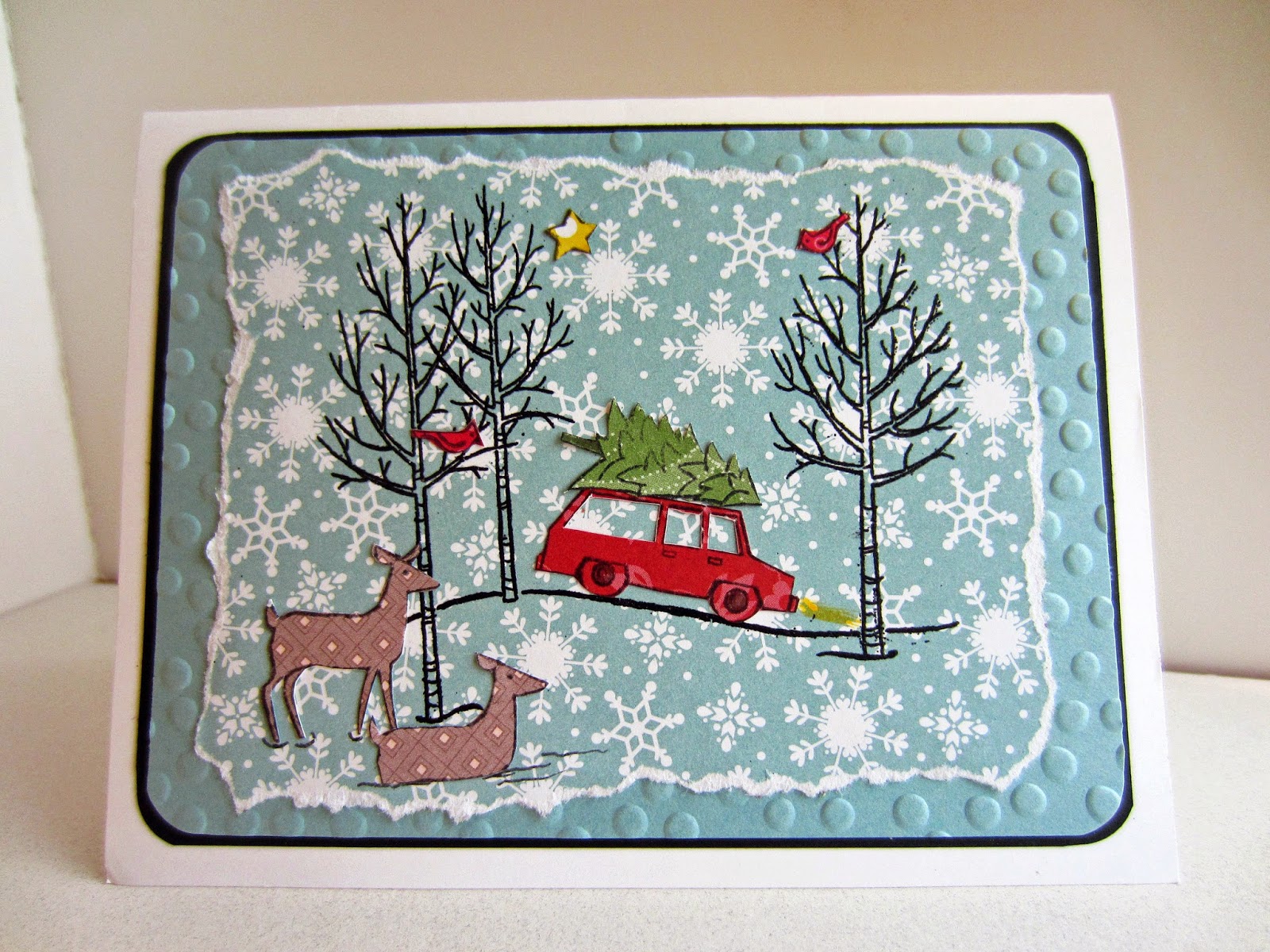 You see, one of the really cool things about this set is that you can stamp all the separate components on various pieces/colors of DSP. Then . . . I do what I like best: I cut out all the pieces. This was a many-day time consuming process. But, to me, totally enjoyable. It was a pleasurable way for me to unwind and still be getting something accomplished.

The toughest pieces to cut out were the cardinals, the teeny tiny cardinals. Oh, and the windows of the SUV weren't a thrill either.

Either way, it was a wondrous way to use up so many of those scraps of Designer Series Paper that I had been hoarding all these years. 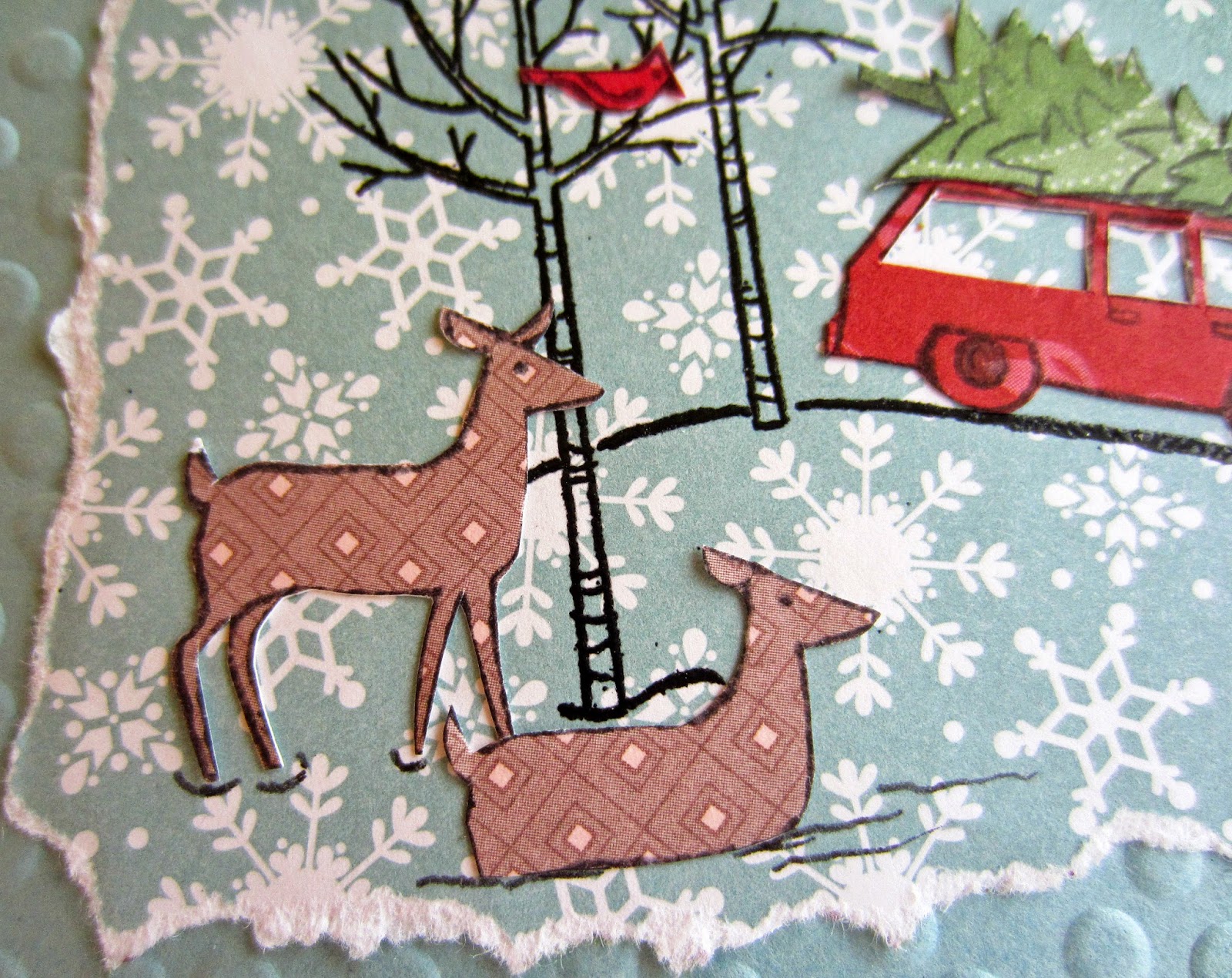 I put in a few more special touches that added to the stark "reality" of the scene. Yeah, right. Real??? Anyway, I added little snow lines underneath the sitting-in-the-snow doe, yellow for the beams of the headlights, and I darkened in the hubcaps on the vehicle.

A little side note: This was the first of the 13 cards I created, and I ended up forgetting something crucial to the scene. The standing deer is supposed to be a buck, and I neglected to stamp in the deer first so his antlers would stick out above the head of the cut-out deer. The other 12 cards actually show a buck and a doe watching the car drive by. Mine is the only one that portrays two does watching the action. Darn. 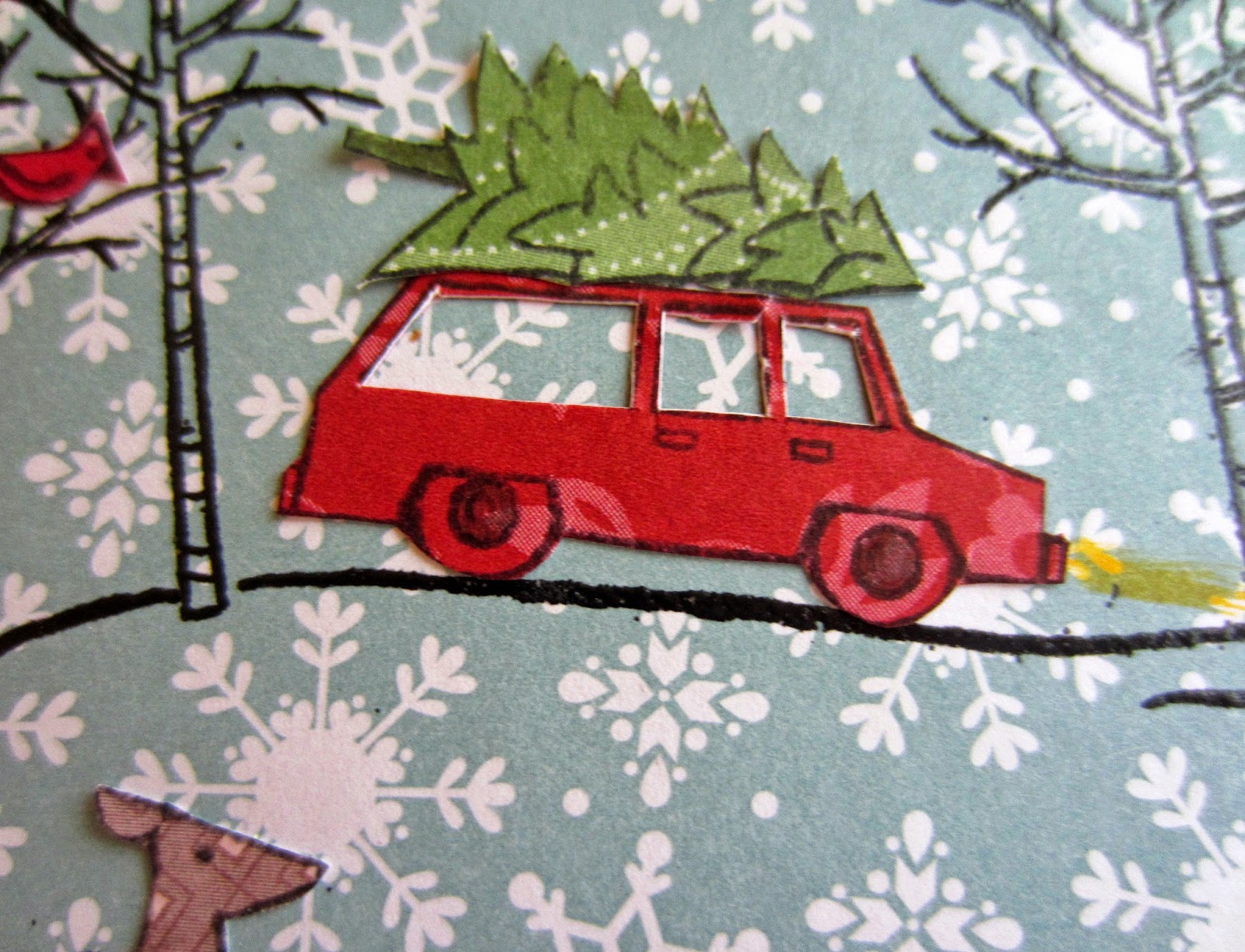 Inside the card, I repeated the trees, but this time I didn't emboss them. I then hung the cute little Merry Christmas banner that came with the set between the trees. This was done on a separate sheet of Whisper White cardstock, then adhered to the inside of the card. 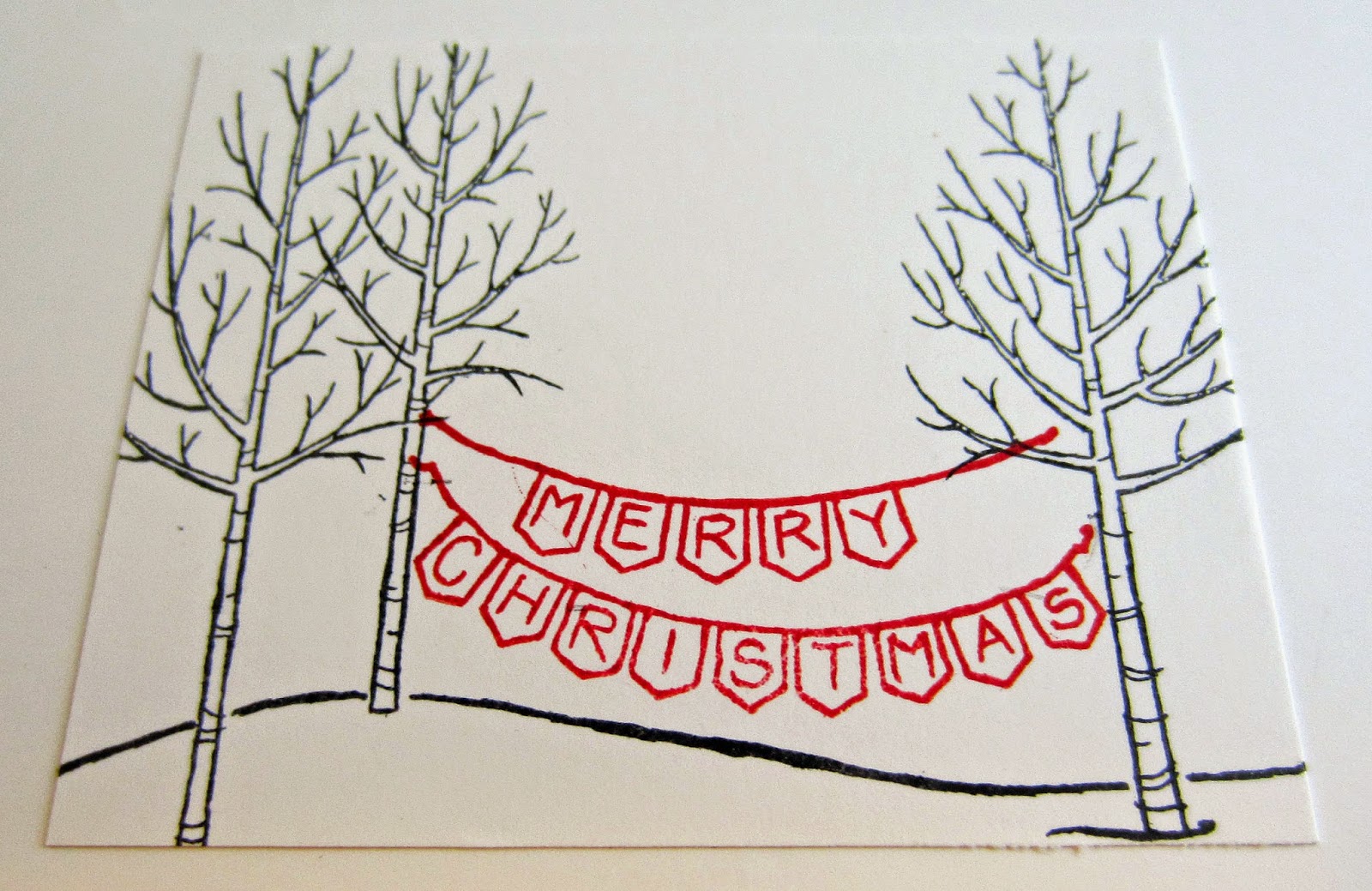 Here's hoping each and every one of you, my dear readers, have a wonderful and safe Christmas!