When speaking of cardmaking, are you familiar with the term, Clean and Simple, or as it is often referred to, CAS?

This term refers to a card that is devoid of all the frou-frou you often find in the form of embellishments and layer after layer. A CAS card is one that gets the thought across without all the fuss, but is still attractive to view.

The card I made this afternoon qualifies for the Clean and Simple distinction. 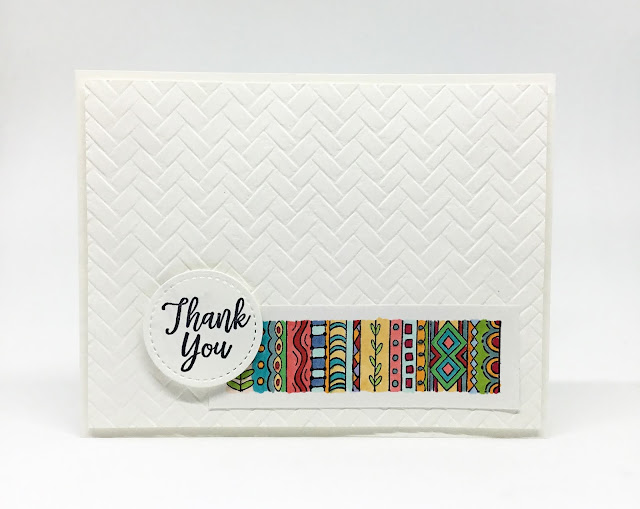 I used absolutely no embellishments whatsoever. I did think about using a smidge of ribbon, but decided to keep it as unembellished as possible. The embossed background is popped up onto the card base with several Stampin' Dimensionals, as is the sentiment, but that's as fancy as I got. 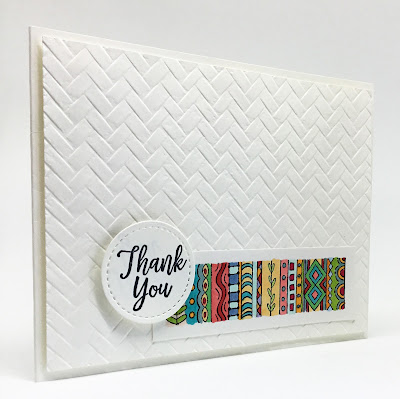 I'm not sure where this colorful piece has been hiding, since I colored it a few years ago. But, I came across it the other day and was sorely tempted to use it in a creation. With my creative juices flowing, I decided on spotlighting the small piece in this way.

The thank you sentiment was stamped in Memento Tuxedo Black ink and cut out with one of the Stitched Shapes dies.

Notice the embossed background! Don't you just love its texture? It is one of the new embossing folders, Coastal Weave 3D Embossing Folder, and can be found on page 39 of the Mini Catalog. Look at the wonderful samples on page 38 of the catalog using the folder. Cool cool cool!

I thought it had just enough interest to serve as the background for the colored piece that already possesses enough busyness without overwhelming it. 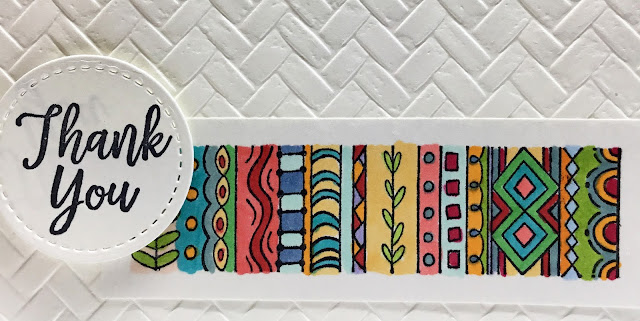 Which do you prefer in cards? Clean and Simple or Fussy and Complicated? Sometimes it feels good not to have to spend an hour and a half on a card and still get something beauteous and pleasing. 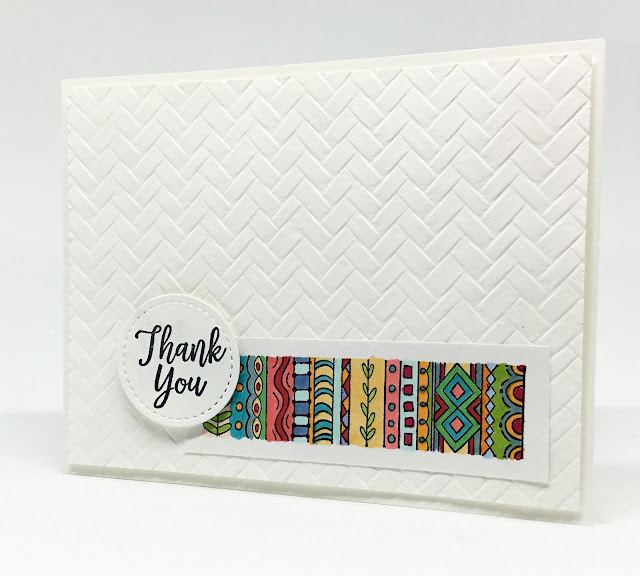