Did you ever have a piece of paper you loved so much you were afraid to cut into it? C'mon. You know you have! There are so many luscious Designer Series Paper designs offered by Stampin' Up! There have honestly been times that I purchased an entire pack of DSP because I was in love with a single design in the mix. I ended up hoarding it and hoarding it, saving it for just the right project.

Years later, it's still in my stash. Uh, no good.

When I received my pack of the Peaceful Poppies Designer Series Paper, there were several designs that I was in love with. Unfortunately, this DSP is scheduled for retirement as of June 2, and I haven't yet used up the pack! As usual.

One of the sheets in this pack is so lovely in its entirety, I wasn't sure how to use it. So I hesitated.

Finally, I took courage and carried it to the paper cutter. The sheet consists of an identical 12" long design on each of two sides, with a bit of fluff in the center.

I used Stampin' Dimensionals to pop it up onto a same-size Whisper White card base. Although I thought it was lovely as is, I figured I should put SOME sort of effort into the creation of a card.

Following is what I eventually decided to do: 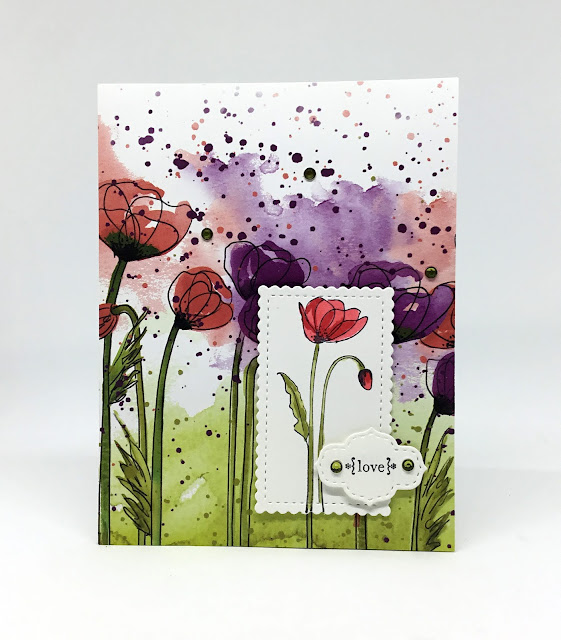 As I said previously, I wanted to preserve the looks of this paper as much as possible, so I was very limiting in what I added to it. 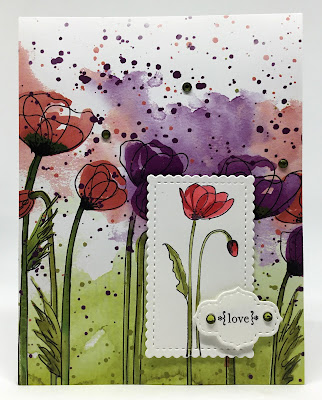 I stamped the single poppy from the Painted Poppies stamp set (page 26 in the Mini Catalog. This set WILL be in the new Annual Catalog!) in Memento Tuxedo Black ink onto Whisper White cardstock, and colored it in with Stampin' Blends.

Then using two of the precious dies from the Stitched So Sweetly set, on page 20 of the Mini Catalog, I cut out the colored poppy, as well as the tiny sentiment.. This die set too will appear in the Annual Catalog, which goes live June 3. 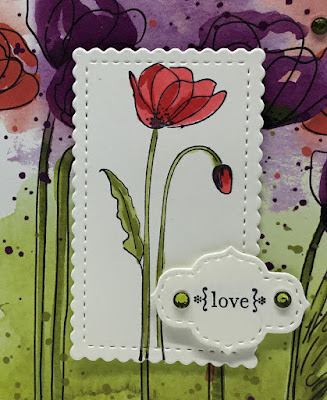 I popped the tiny sentiment up onto the poppy image, then the whole thing to the card front among the poppies on the DSP. Adding a couple Basic Rhinestones colored with Stampin' Blends finished off the look. 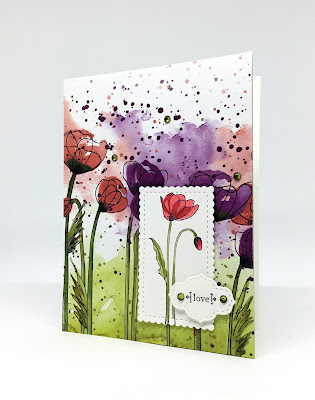 Even though the Peaceful Poppies Designer Series Paper sheet itself gives this card quite a splash in appearance, it truly is a simple card. I think I {love} it. 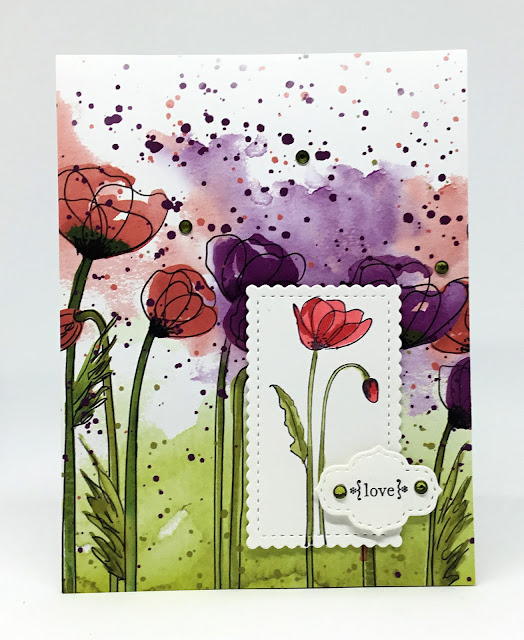 If you want this lush pack of Designer Series Paper, you have a week before it retires! Quickly!