A little more than a month ago, I got myself a set of dies with the most adorable tiny autumn leaves. And, I have to be honest, I went a little nuts. I sifted through all my scraps of Designer Series Paper for pieces that had an autumn feel to them. I think I spent an entire afternoon giving my Big Shot a real workout die cutting a whole tree full of autumn leaves. That was ever so satisfying.

Of course a little craziness goes a long way, and I had, as I said, an abolute tree full of leaves. What to do with this windfall?

When I had the idea for this card, I, of course, went back to work with the leaf dies and made my stencil. I had set my DSP leaves aside for the time being since I'd had this wonderful idea that needed to be created first.

Once I had finished the card with the sponged leaves, I not only had the plethora of DSP leaves I'd cut, but also a handful of leaves left over from that first card.

Not one to let anything go to waste, I set out to make another card. 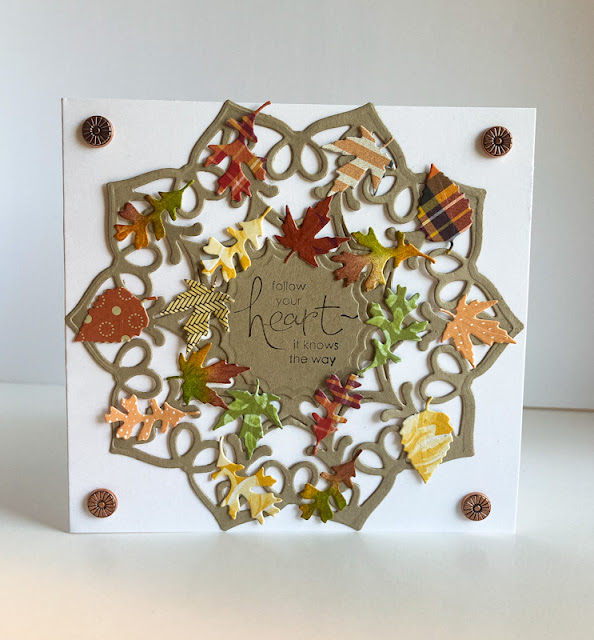 The "wreath" die I decided to use had several hearts cut out in it. Not being a big fan of using the heart image in my work, except for lovey circumstances such as weddings or Valentines, I was stumped as to how to cover all these little hearts up.
I ended up using leaves placed strategically over the cut out hearts. I found that to be a good solution to what was not actually a problem, but I wanted this to be completely fallish. The cut out hearts, as you maybe can tell, were around the edges of the wreath. 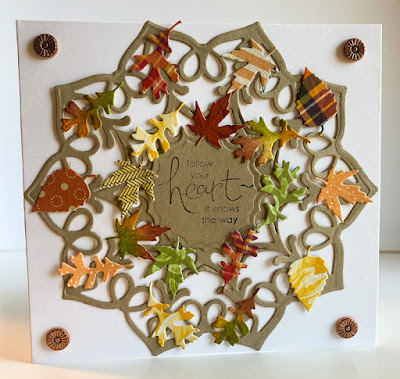 When I was first working on the wreath at my Creation Station: 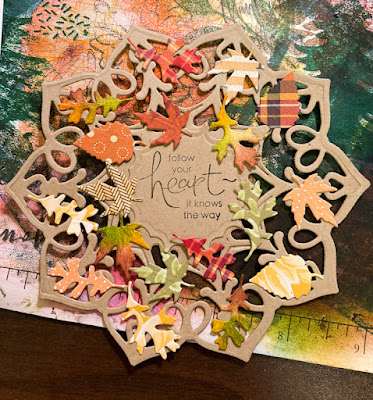 I had wanted to use a a base for the wreath a neutral color so as not to clash with any of the colors I'd used in the leaves. But I also wanted them to show up well against the color. So I ended up choosing Crumb Cake, after trying out several other neutral colors.
Adding the wreath to white set it all off nicely. The wreath itself measures 4 3/4" across. So I didn't have too much white around it, I decided to mount it onto a 4 3/4" x 9 1/2" piece of white cardstock.
The blank corners bothered me. I added a couple of metal decorative Stampin' Up! pieces that were in a coppery color, perfect for fall. I ended up with a 4 3/4" square card. If I decide to send it to someone rather than using it merely as a decorative piece, I will have to use my envelope maker to create a custon size envelope. 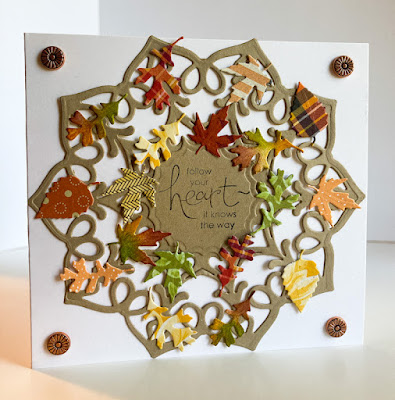 A closeup view of the center of the wreath.
Can you distinguish between the leaves cut from DSP and the ones I sponged with ink
that I used in the first leafy project? I think it's a nice contrast. 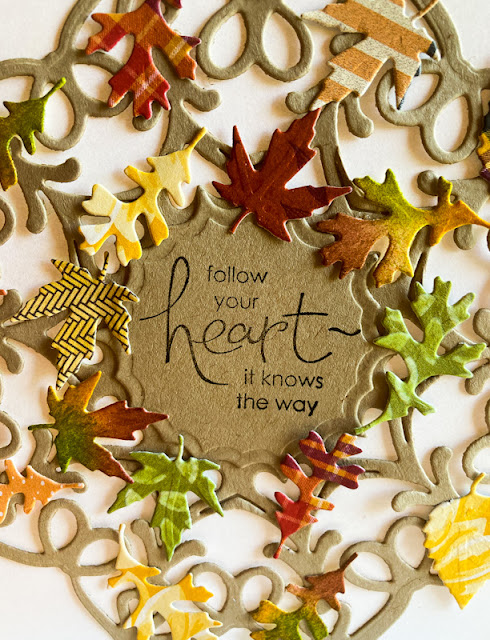 A fairly flat card, with the only pop of dimension in the four corner embellishments: 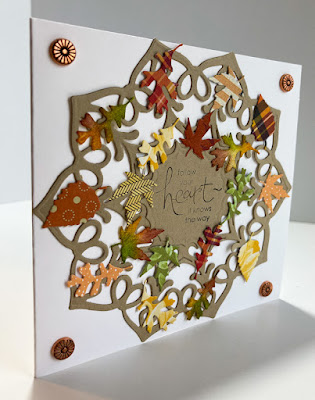 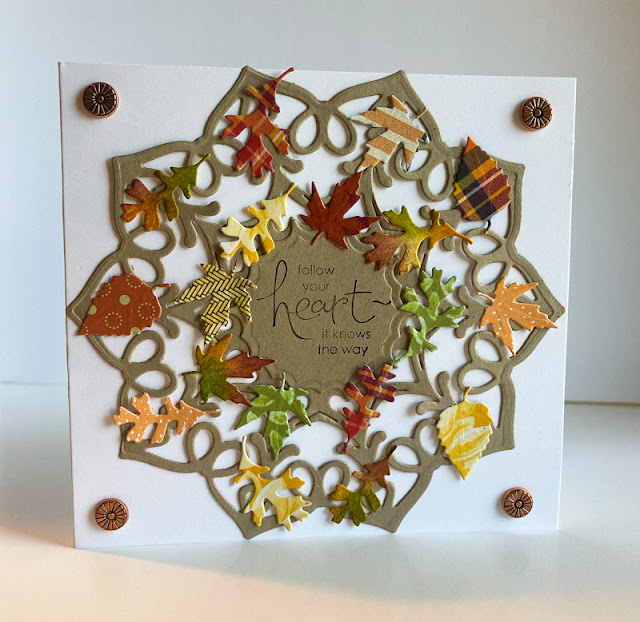