Every once in awhile -- when I need a creative boost -- I give myself a challenge. I randomly choose a project or technique I had singled out and saved sometime during the past several years. Yes, I am definitely a pack rat. Especially when it comes to things I may use in a future project.

Anyway, I have a papercrafting book that had some intriguing borders included. One, a variation on Dutch Weaving, especially caught my eye. I decided I would give it a try.

Using one piece of Marina Mist trimmed to 1/2" x 5 1/2", and two of Night of Navy at 1/4" x 5 1/2", I then set to weaving these pieces through the slits. I started with the larger center piece, and finished with the two side pieces. I must admit I had some rough going. Those strips just did not want to cooperate.

I finally got them all into place. The woven piece was cool, and I wanted to use it in something. So I set to building a card around it. Since the woven strip itself was so interesting, I wanted the focal point of the card to be somewhat understated. The bird from the Hostess set, Simply Sketched, seemed perfect for the role.

So, the additional color I brought into place was Very Vanilla, upon which I stamped my bird in Night of Navy. The other starring role Very Vanilla played in this card was as the woodgrain embossed background. 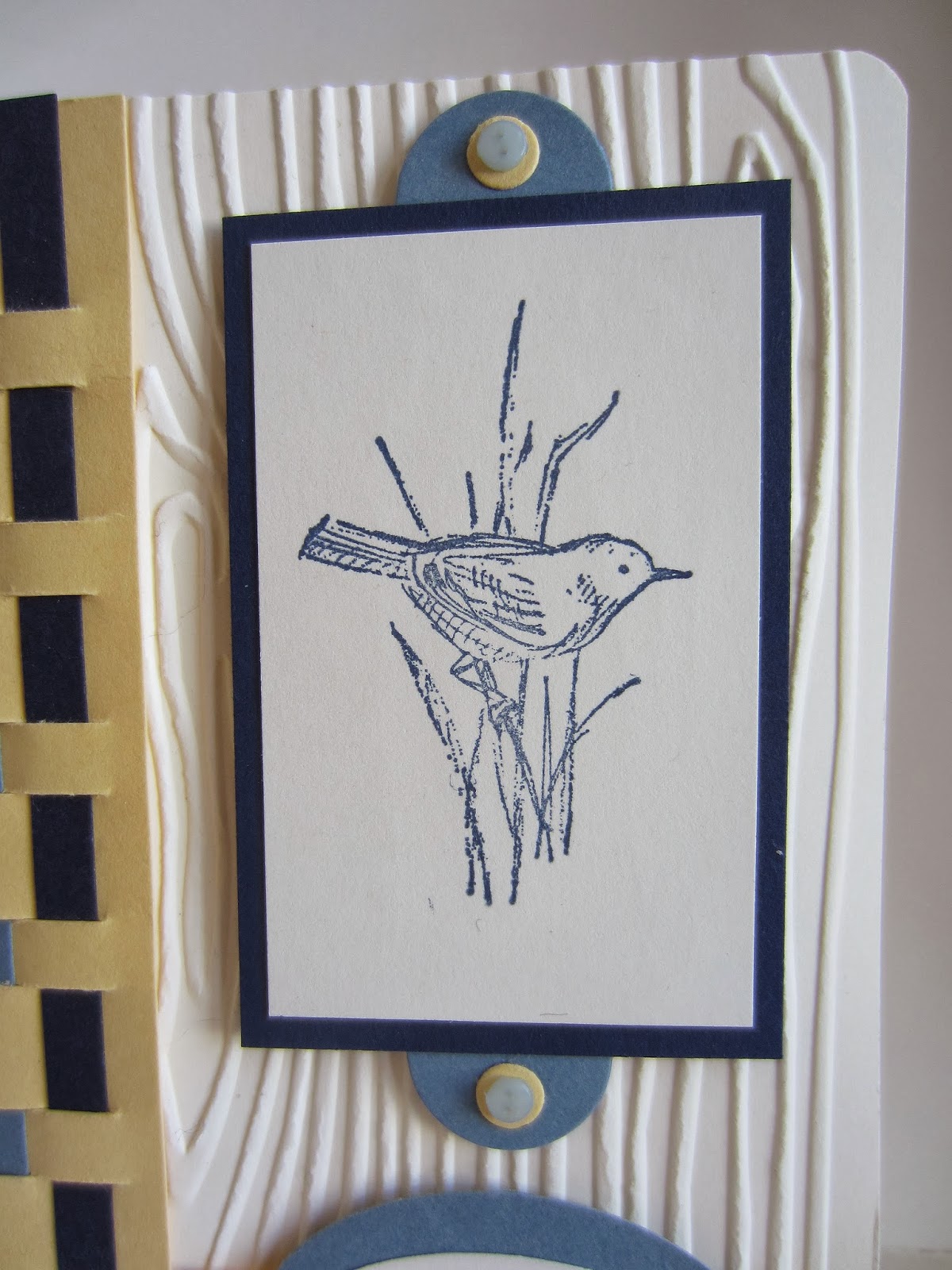 A few additional touches, such as bringing the Barely Banana and the Night of Navy back into the picture in a few spots, finished off a card that is quite pleasing. 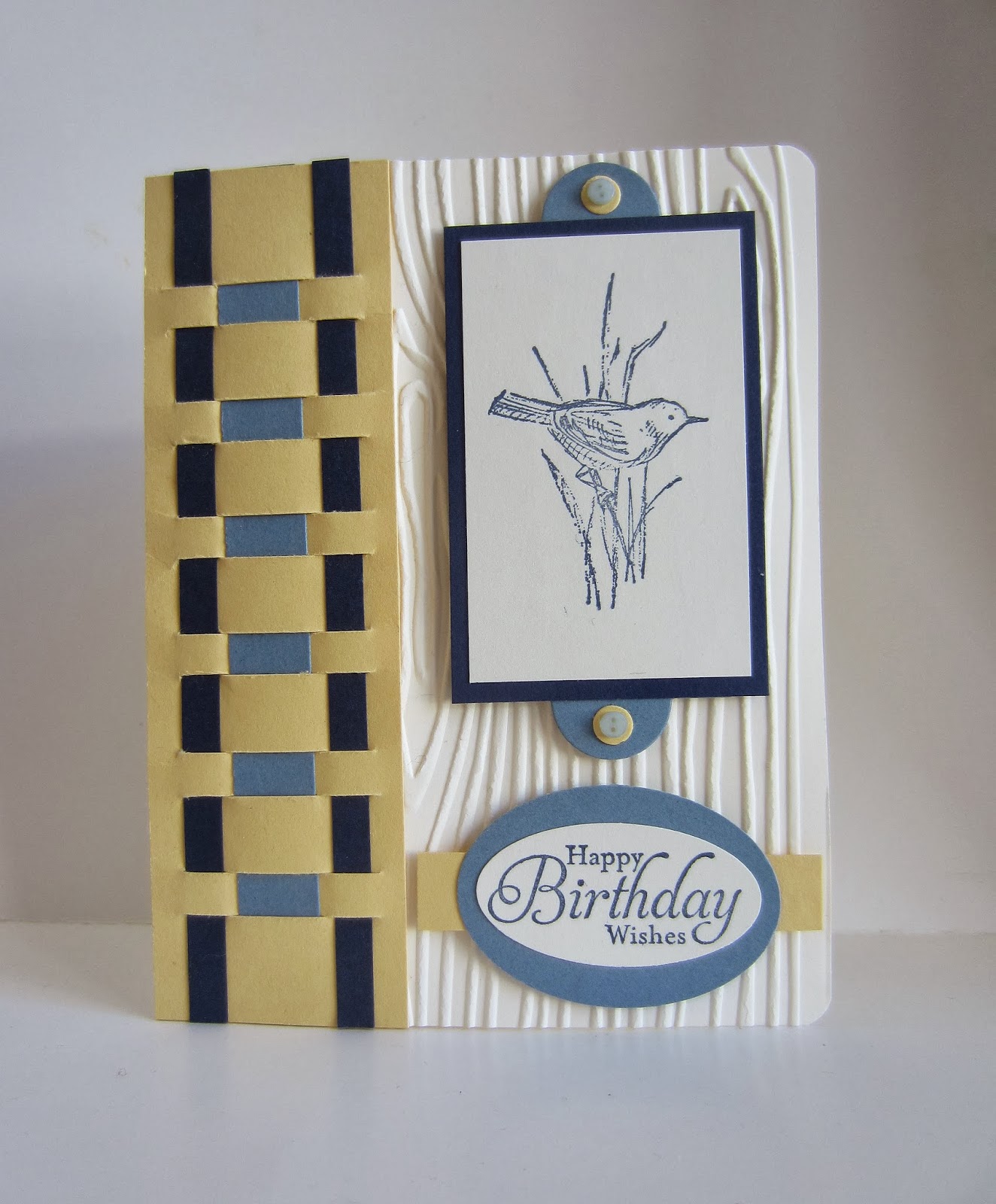 And, NOW, I have Dutch Weaving out of my system. Whew!