I learned something new -- again! -- this week. It's another way of creating a quilted-look medallion.

When I saw a sample of this technique in an old papercrafting magazine, little Paper Seedlings were planted in my brain: I immediately thought of using a Designer Series Paper that had a central motif that could be repeated eight times.

Looking through my stash of DSP, I came upon this one, a piece I had left over from a paper share I'd done with my customers a couple years ago. I was always saving this for something special. Until I come upon the perfect project such as this medallion, I am never sure what the "something special" will be. I'm sure you know how that is. 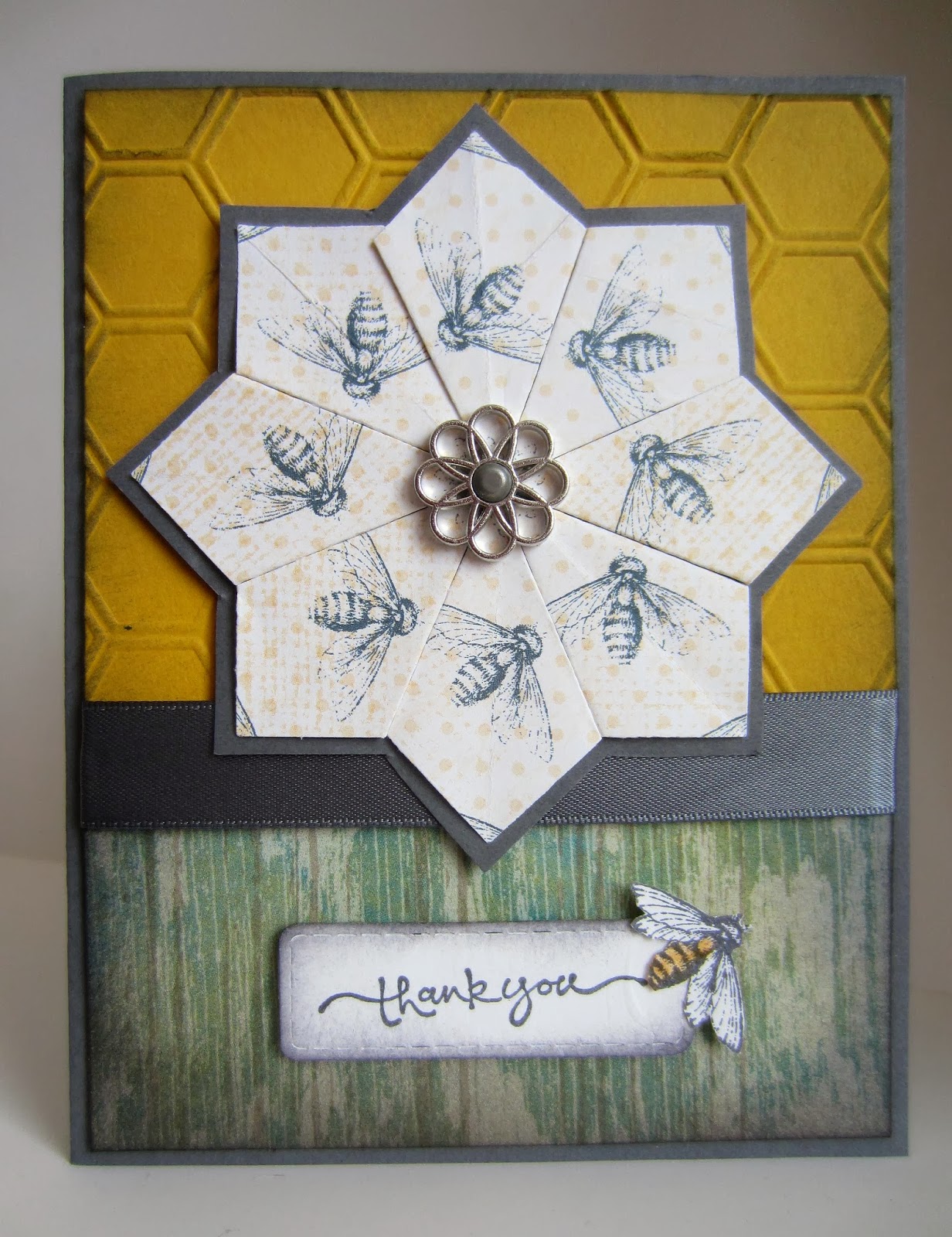 To create this medallion, you punch eight squares with the 1 1/4" Square Punch. In this case, I placed the bee exactly in the center of each and every square. As a result, the bees became the obvious focal point of the card, and appeared to be flying in a nearly perfect circle.

The  spokes of the medallion are formed by folding each square in half diagonally, unfolding it, then folding each of the sides to the center crease you just made.

To add something obvious into the mix -- I mean, after all, we ARE dealing with BEES! -- I mounted my medallion onto a beautifully textured honeycomb background in beelike Crushed Curry. To carry the Basic Gray throughout the card, I not only mounted the medallion onto it and added a bit of it in the satin ribbon, but I also sponged all the edges of the card pieces, except the medallion itself, in Basic Gray. This added delightfully to the grunge-y appearance of the whole card. 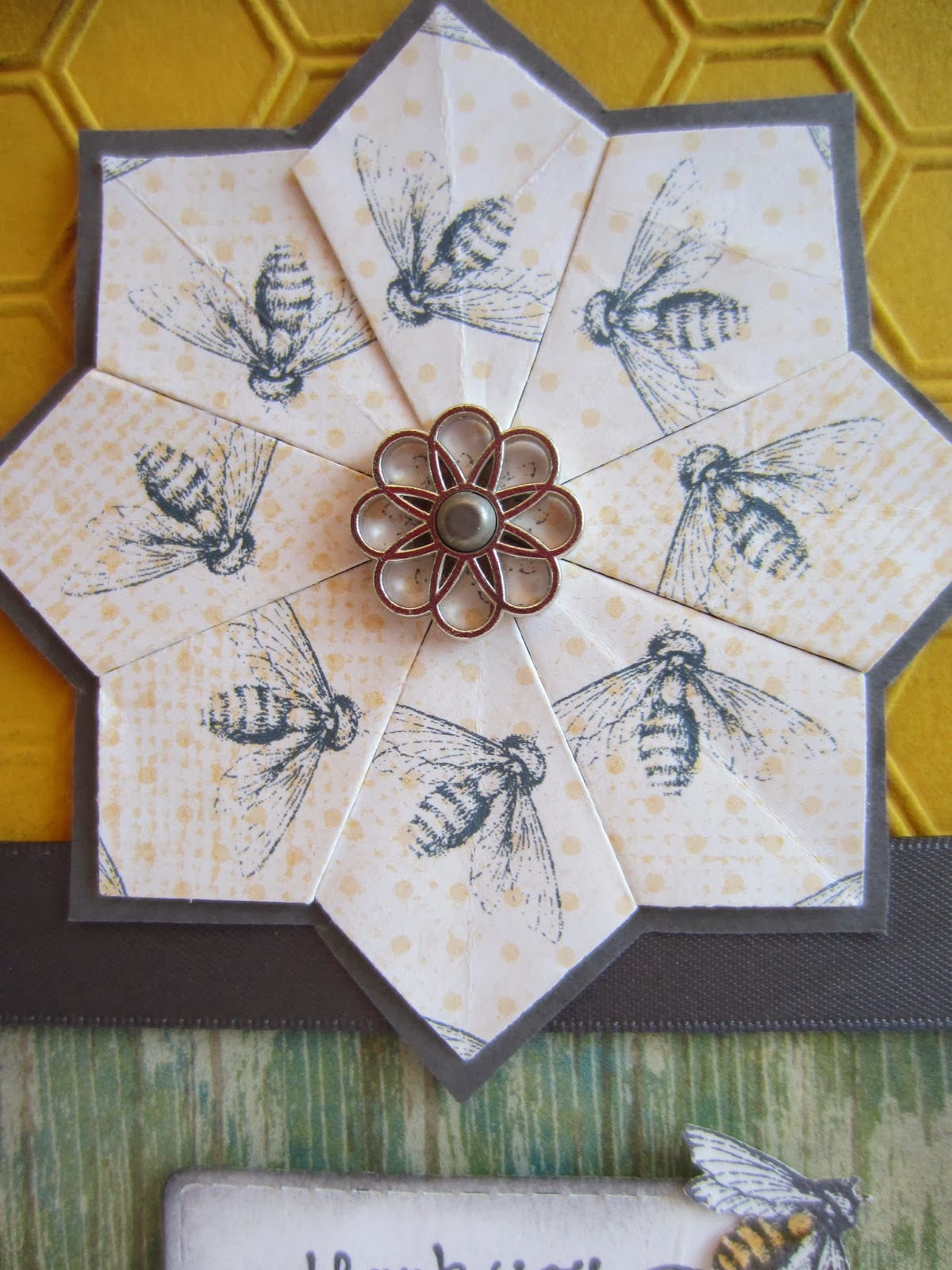 And the center embellishment: DON'T YOU JUST LOVE IT! It is so perfect. With each of its eight "petals" landing smack dab in the middle of each of my folded spokes, it looks like an extension of my medallion design. 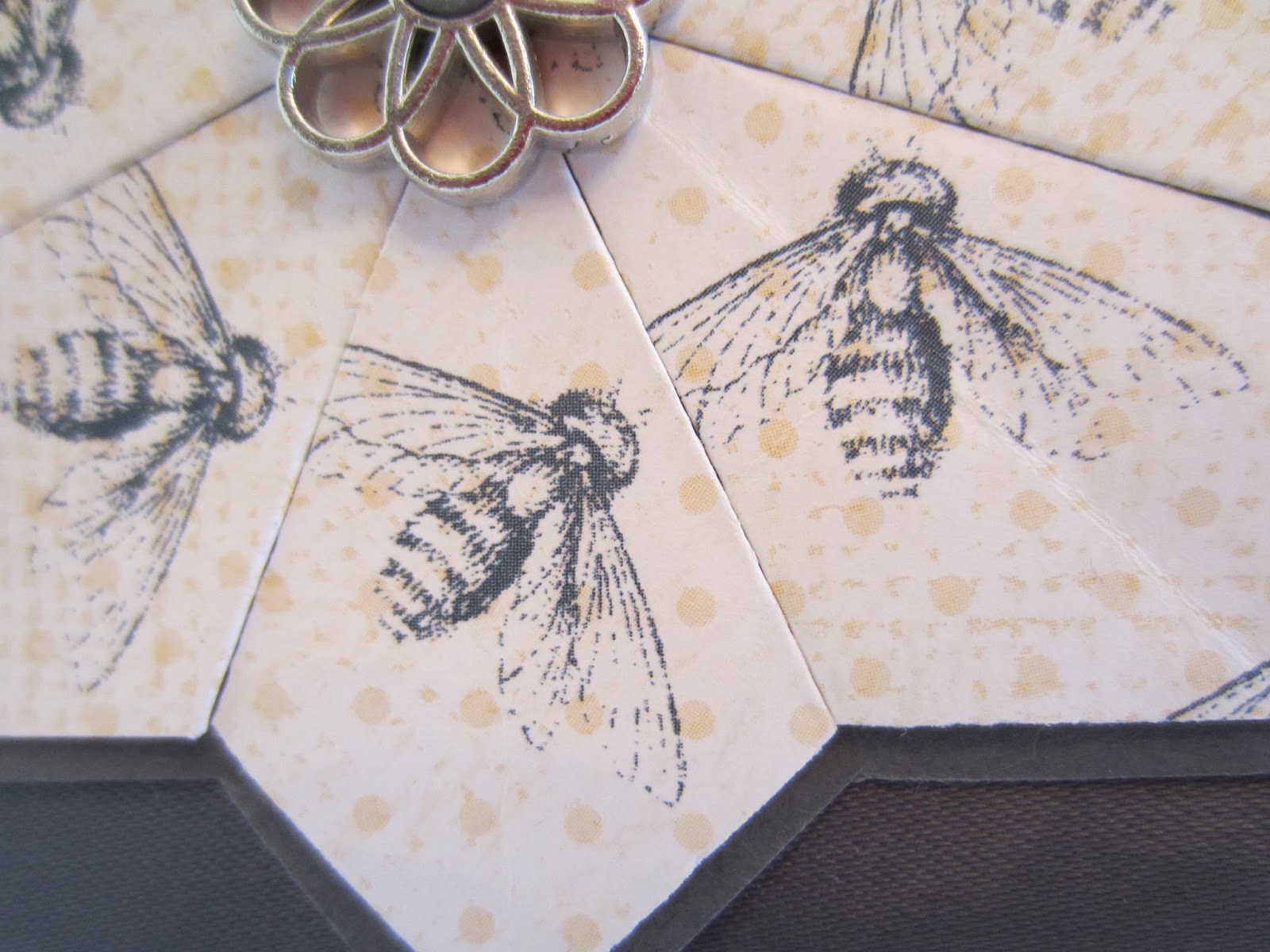 Since the bees in the paper I used were so adorable, I wanted to echo them elsewhere on the card. So, I dug out the stamp set, Nature Walk, that complements this DSP. I stamped the exact same bee in Basic Gray onto Whisper White and cut him out.

For the sentiment on the tag, I used another retired set, Short and Sweet. If you're like me, you don't let those "word" sets out of your possession. You never know when one will be absolutely PERFECT on a project.

Once I added a little Crushed Curry to the body of my cut-out bee, I adhered him to my label so it looked like the words were swirling out of his behind. 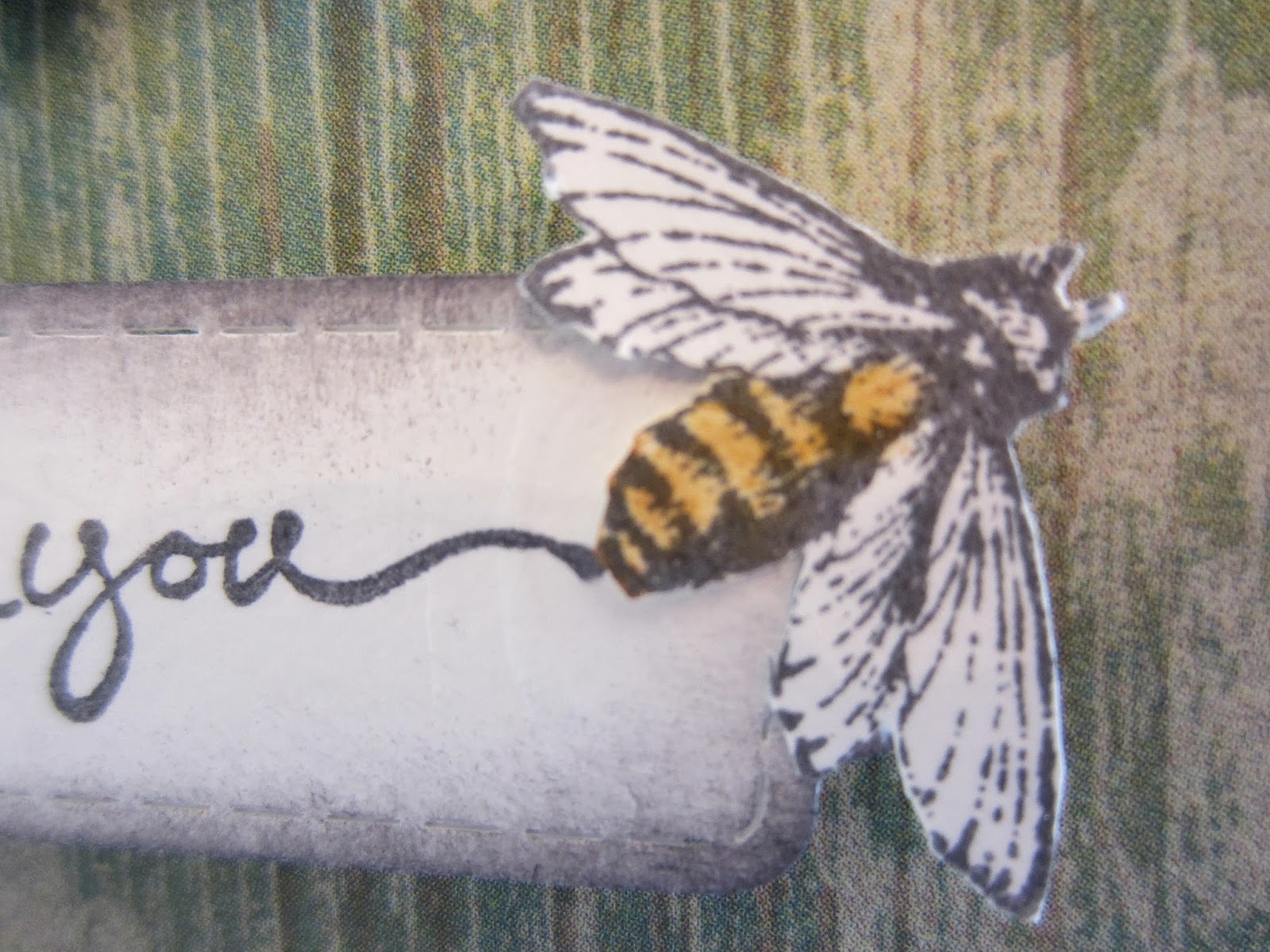 Well, on that note, I hope you have a bee-utiful day!