The last couple cards I showed you were a bit on the funky side: the first with all the innuendos and symbolism about my thoughts on whether spring was coming or not; the second, a grungy, cheerful birthday card.

As a little departure from funkiness, I will now present to you a fairly formal-looking card. 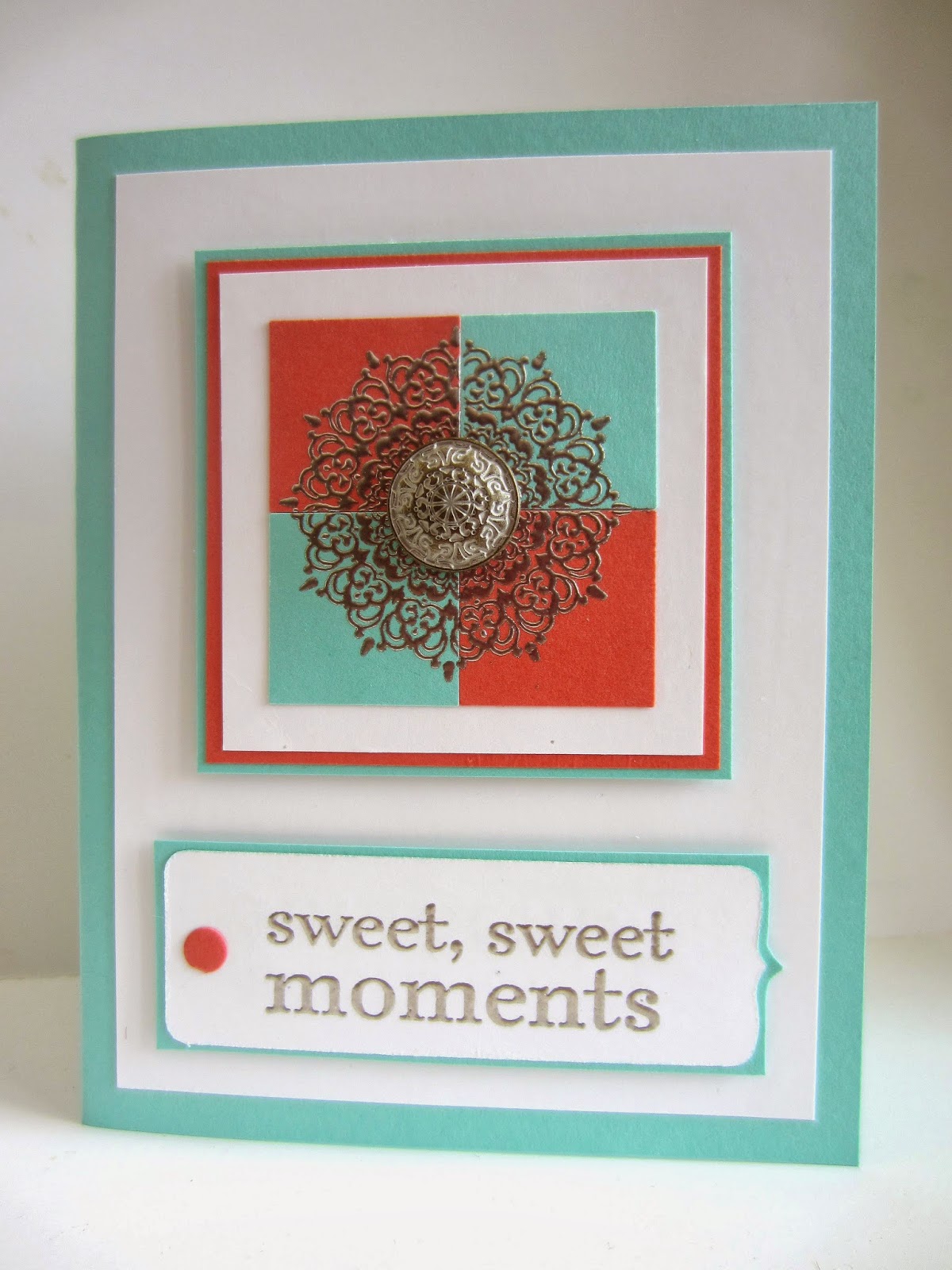 I have recently fallen in love with the Calypso Coral/Coastal Cabana color combo. Aren't they absolutely SWEET together? Added to a crisp white, this trio is a sure winner. 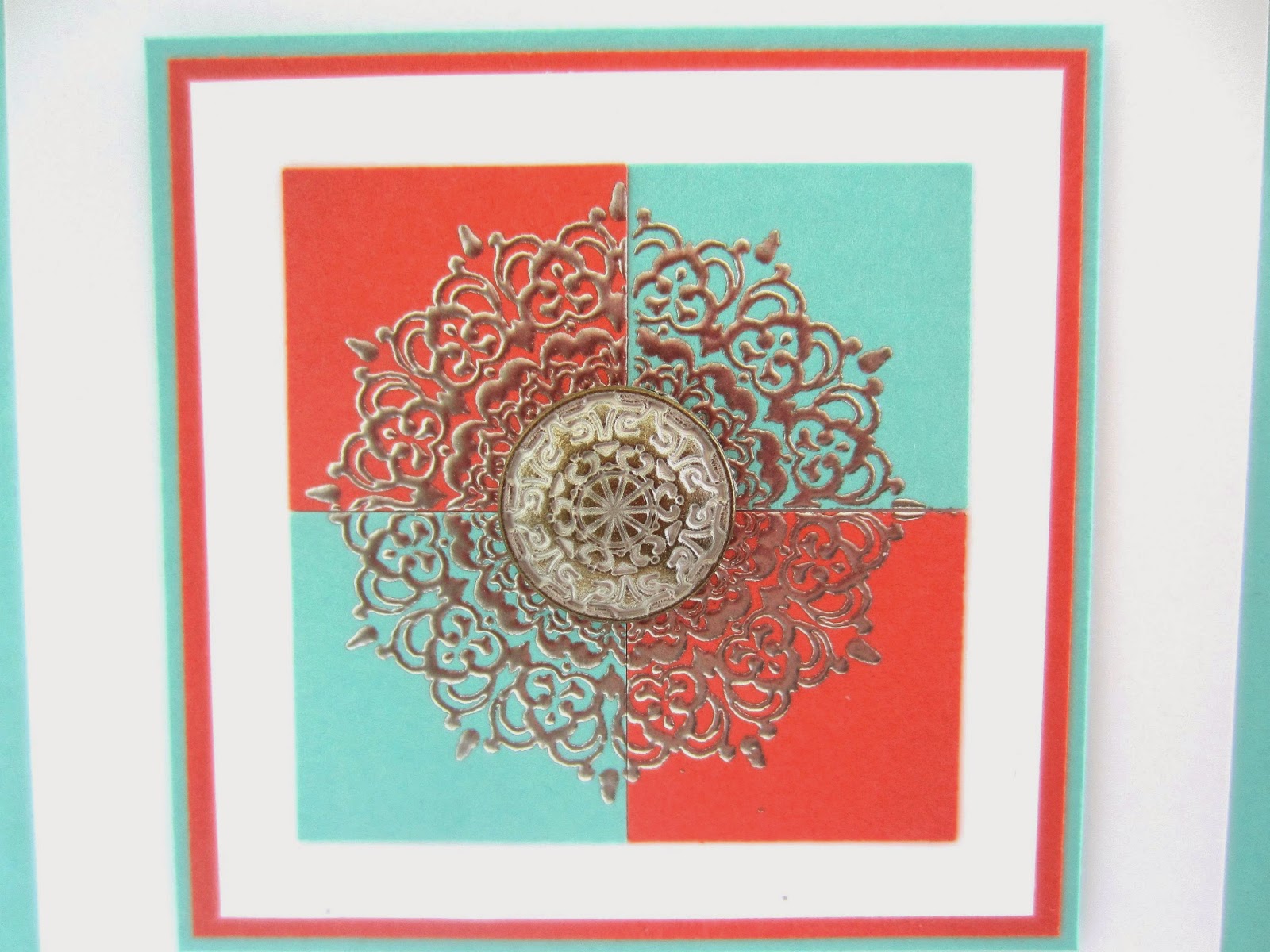 The luscious medallion from Happy Day in the center was the perfect size for the four 1-inch squares upon which it rests. While the center of the medallion was beautiful in and of itself, it called for further embellishment in this case. After trying several different options, I finally settled on the largest of the Antique Brads. The white of the brad, and the fact that it was a mini medallion itself, finished the focal image off perfectly.

Because I was striving for richness and elegance, the medallion was heat embossed in Pewter Embossing Powder. The embossing was repeated in the sentiment.

This card is a PERFECT example of your Embossing Buddy really being your buddy. Without it, the stray embossing particles would be horrible and very noticeable. So GRAB THAT EMBOSSING BUDDY before you stamp your image in VersaMark! 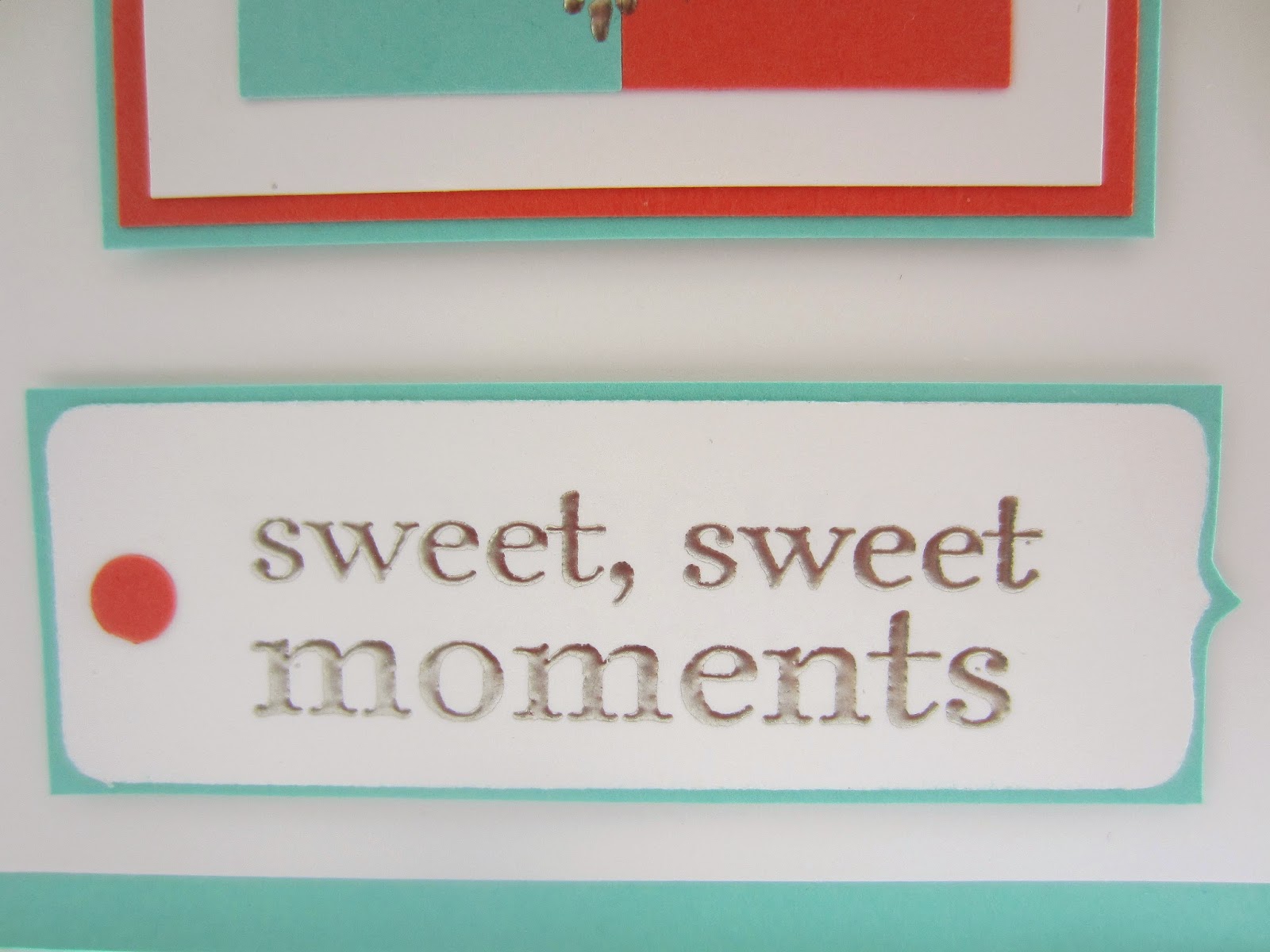 The sentiment fit nicely inside one of the Framelits from Chalk Talk. I felt it needed a little Coastal Cabana mat, like the focal image and the card itself. So I added it as a very narrow border, carefully cutting around the little point on the right side. Although the corners of the Framelit are rounded, I opted to keep the mat square at the corners.

After I finished that, it seemed a little empty and lacking something. Aha! Let's bring some Calypso Coral back into the bottom of the card with a little punched-out dot.

So, share with us: Have you recently fallen in love with a new color combination?