I am still addicted to the papers in the Bird Ballad Designer Series Paper pack (page 166 in the Annual Catalog). Although I think I am finished fussy cutting -- at least, for the time being -- I have a few uncut sheets. 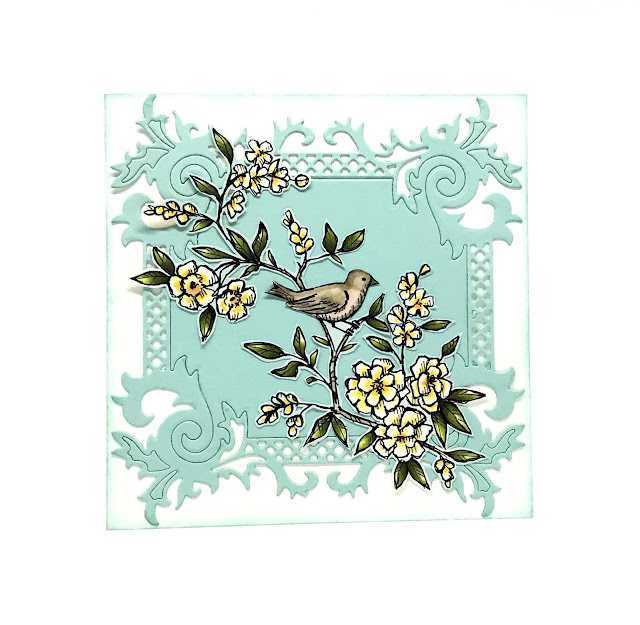 On this particular sheet of the DSP, there are several more detailed images of birds among the blossoms. You'll notice that, when fussy cutting these branches and birds, I cut close to the bird itself, but left a little white margin around the branches and flowers. I needed to leave a margin because many of the branches were so thin and frail that if I had cut right to their edges, they would either have been much too weak or fallen/torn off completely.

Another thing about this particular card is that, even though it looks quite Frou-Frou, it is completely 2-dimensional, flat as a pancake!

When I had originally finished the card, which, by the way, measures 4 1/2" square, it was simply mounted onto a Whisper White cardstock base. I thought the overall look was too austere and needed just a tad of something else. I know it's a bit out of favor lately, but I opted to do some soft Pool Party sponging around the edges of the card. This made me happy. 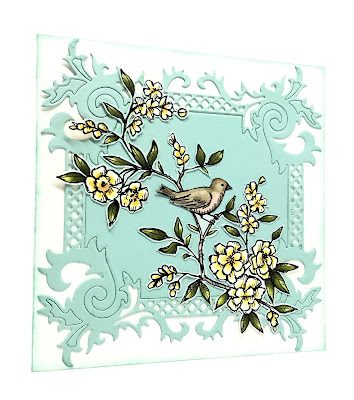 I'd had this bird on a branch cut out for awhile, but was hesitant to use it in something. It is so lovely and detailed, anything I could think of doing with it would have diminished it in some way.

Finally, I remembered a Spellbinders die that I had won a few years ago. When I received it in the mail, I was sure I'd never never find a use for something so, well, Frou-Frou. When I thought of it, I wondered if it would be too much for my bird. You know, an overload of Frou-Frou??

I decided it was at least worth a try.

What I ended up doing was die cutting it from Pool Party cardstock. BUT, I didn't remove all of the pieces from the diecut. I carefully preserved a few of the corner pieces as well as the entire inner section of the diecut. My thinking was that with a little more of a solid area behind the bird, it would be much better.

You can see in the photo below just how detailed the bird and blossoms are,
as well as the very ornate frame for it. 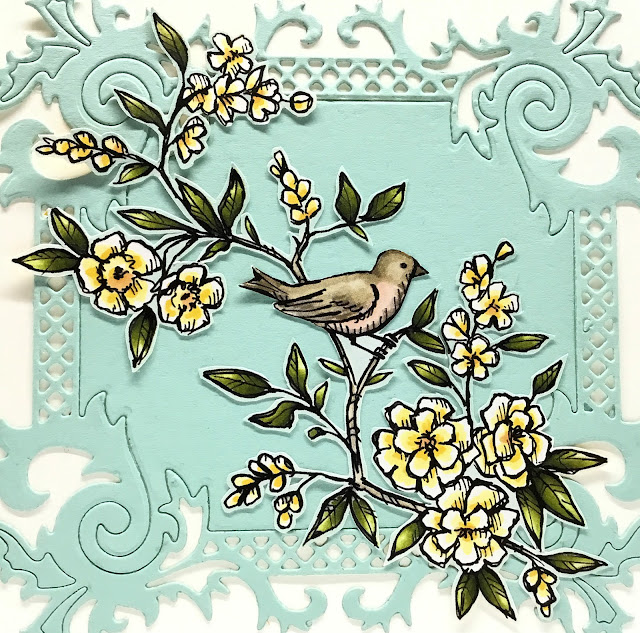 Now, be honest, do you think it's entirely too much? 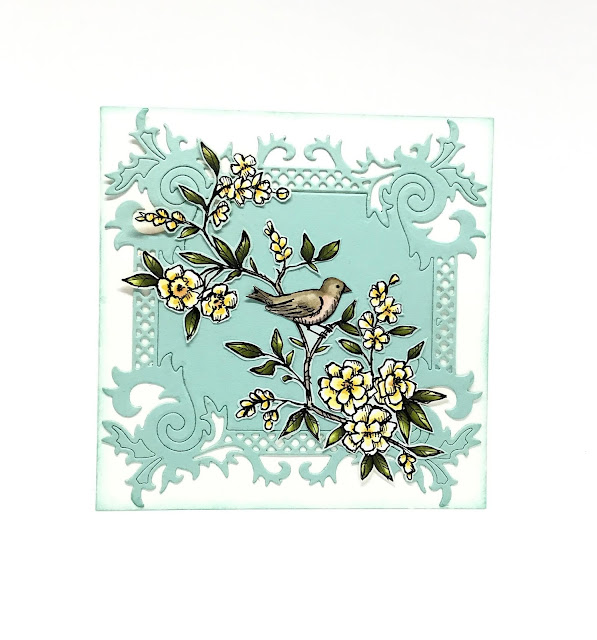