The January Paper Pumpkin kit, Sending Hearts, was perfect for me, in that it makes eight cards, just the right amount for me to mail out. The kit made four cards of each of two designs.

Of course, I wasn't content to just follow the instructions and make the cards as they were meant to be. I had to make them my very own, but still using many of the components that came in the kit.

I have no idea whatsoever what happened to one of the "loves" that were meant to be used on one of the designs. So, with my "love lost", I needed to come up with an alternative plan for one of the cards. More on that later.

Another major change I made was with the hearty stamp that came in the kit to place in the center of the gold metallic heart on the preprinted component. With horrible arthritis in my hands, I do have a lot of trouble stamping certain images. These hearts were all solid, and I could not, with any consistency, get those hearts to look good.

In lieu of the stamping, I grabbed an old retired die set, and cut three red hearts and one black heart. More on that later. 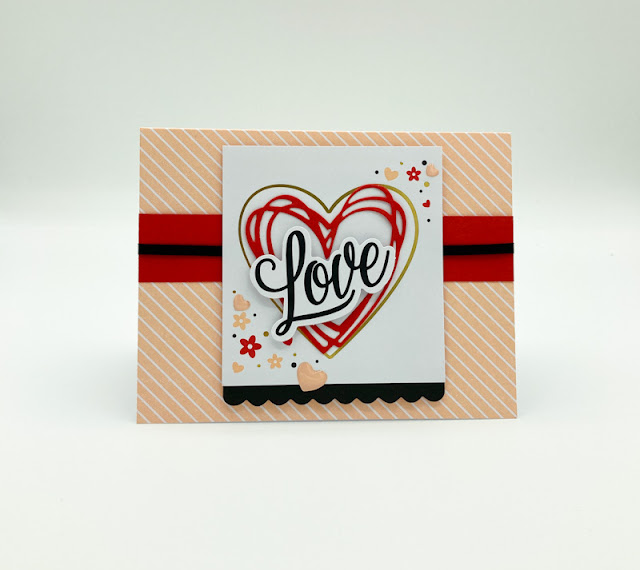 I also gave the card a landscape orientation, rather than portrait, as per the instructions. Adding a strip of Poppy Parade cardstock from my extensive stash and using the black ribbon in a different manner, this is how my card turned out. 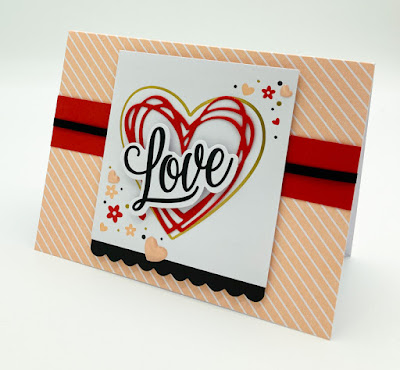 Now, for the moment you've been anxiously waiting for. The "lost love". As organized as my Creation Station is (hah!!), I can't understand where the fourth love would have gone.
Without it, I was forced to find an alternative.
I cut the word "love" (from the same die set as the heart) from red glimmer paper. Since the word was red, I did not think it would show up enough against the red hearts I'd made for the first three cards. Thus, I turned to a black heart.
Oh no! Black Heart. That sounds like the name of a pirate or something! 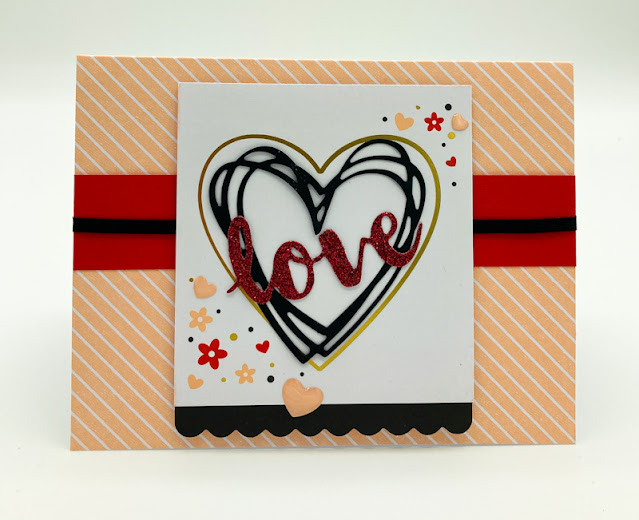 Following my plans for the first three cards, this is how the "lost love" card turned out. See? I FOUND love, just in a different color! 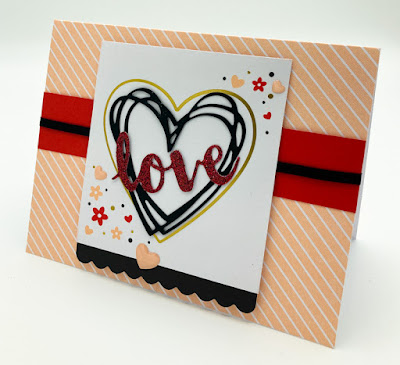 Just a little bit of a closeup on the black heart and the sparkly red love: 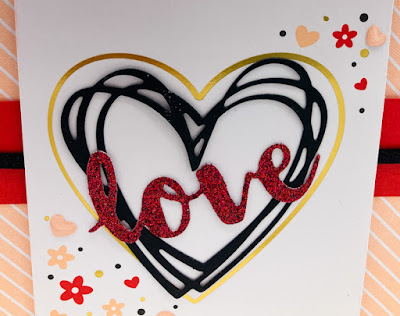 Now, if you'd like to see what the cards are SUPPOSED to look like, as per the kit instructions, the photo that came with the kit is shown below. The card I am referring to is the set of four on the left.

Do you make Valentine cards? Do you send them out or hand deliver them? With the pandemic raging, have you changed the way you normally handle Valentine's Day? How do you plan to celebrate this year? 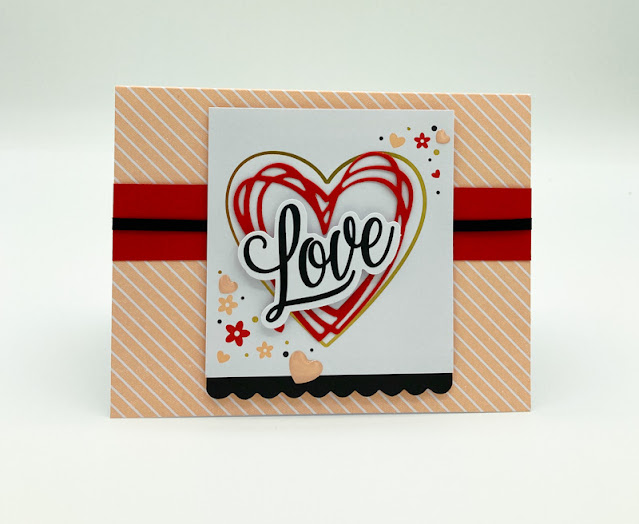