It's almost the Fourth of July, Independence Day, here in the United States. A huge patriotic celebration for the whole country -- as well as for me.

You see, I was born on the Fifth of July, and, as a young girl, got called such endearing nicknames as "Burnt Out Firecracker".  When I was little, I ALWAYS thought the Fourth of July fireworks were for my birthday. We can be so naive as little kids, eh?

Oh my. That certainly was a deviation from the true meaning of the Fourth of July. Sorry!

Every once in awhile I am moved to create something patriotic, meaning something red, white and blue, and often involving stars. 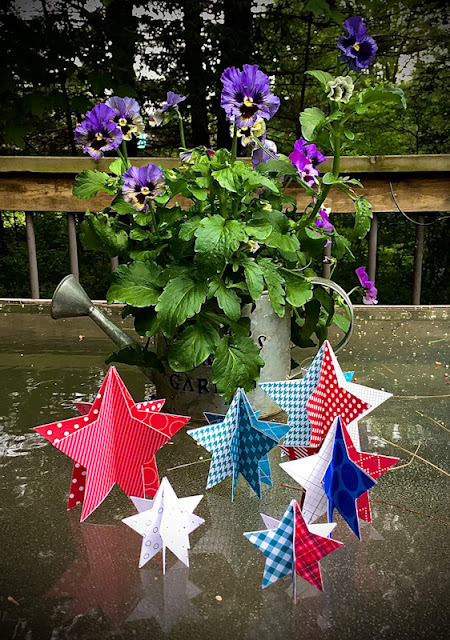 Before I get started on my patriotic project,
this little darling wanted to send you happy greeting: 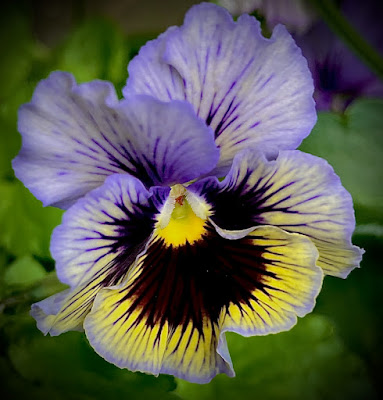 As you all know, I have an overabundance of scraps (and full sheets!) of Designer Series Paper. Years worth! And I have a set of star dies in a variety of sizes. Put those two components together, and what do you get? 3-D stars! Yay! 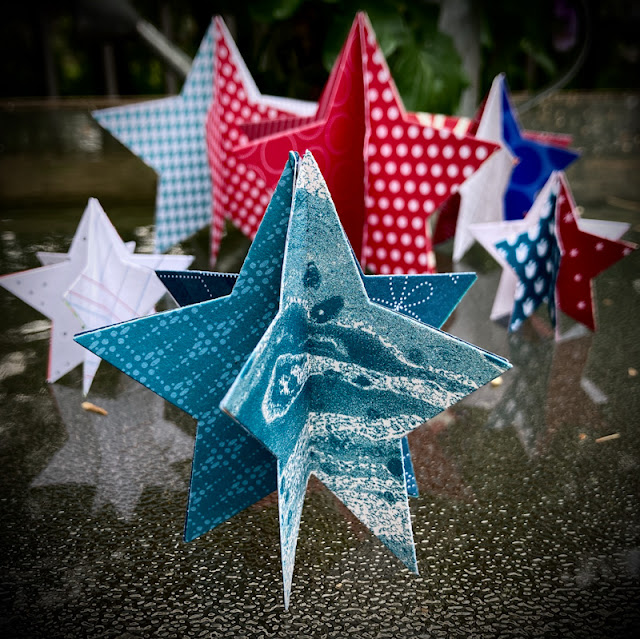 For each star, I die cut six of the stars. I started out creating one in each size in all of the colors, red, white and blue, using two "whites", two reds and two blues. All different color variations and designs.
My second set of three stars was one white set in the smallest size, one blue star in the medium size, and a completely red large star. I used all different patterns, no two alike, to make them as diverse as possible.
The secret to a pretty good looking 3-D star is to be as careful and precise in these next steps as possible.
First step: Fold each die cutstar in half, with the side of the DSP you want to show on the inside of the fold. Match up those edges axactly and use a bone folder to give a good crease.
Once they are all folded, put them in the order you would like them to appear in the star. Take the first star, folded, and add green glue to one side of the folded star. Pick up the next one in the pile, and add it to the first glue-y star, matching up the edges exactly. Give it a moment, rubbing over the glued star, before adding glue to the star you'd just added and, while matching the edges of the next star in the pile, glue that star in place, rubbing it a bit before continuing on. Go through all six stars in this same way. Then, being very careful with your matching again, bring the two ends of the glued stars together, rubbing for a good bond. Voila! You have a 3-D star.
I chose to stand my stars. They could also be thrown in a bowl, or any other container. Other options would be to thread a hanger in the center before gluing them all together at the end. Or string them together for a garland. Lots of ideas! 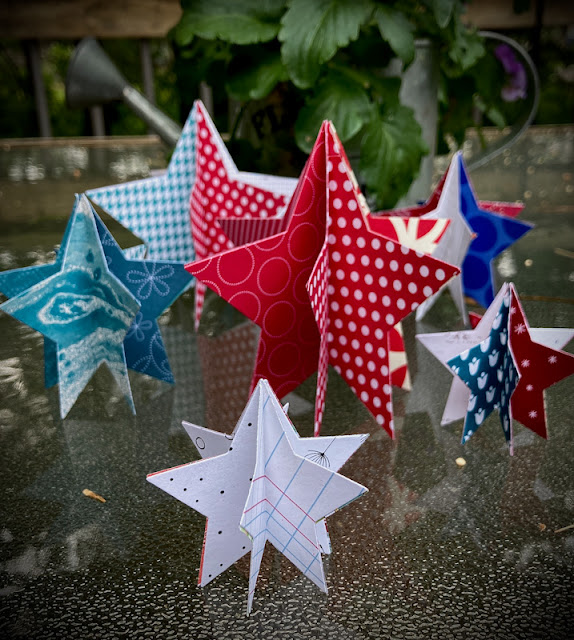 Finding blue and red scraps was an easy matter. Searching for white was a bit more of a challenge, since so much of the Designer Series Paper is more color laden. I managed to find several scraps that were almost all white, with only a bit of neutral color showing. I actually really like the simple white stars. 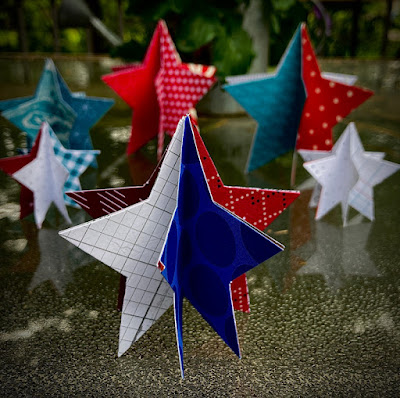 For these photos, I had them standing on the table on our deck. Their permanent home -- at least, through the holiday -- is arrayed across my mantel.
So much fun and so easy to make! Grab some star dies -- I'm sure you have some around! -- and scrounge through your DSP scraps and make some for yourself.
In Christmas colors, wouldn't these be adorable for that time of the year?
I hope you have a very safe -- and fun! -- Fourth of July.
Patriotic
Smiles.