In this post I am sharing with you some of my drawings from #dailycreating, Terry Runyan's Facebook group, from February 2021.

I was a little nervous thinking about going through my sketchbook to select the drawings I wanted to share because it was on February 16 that my kitty, Fred, died. And leading up to that day, he was quite ailing and heart wrenching to watch. Not having looked at what I'd done that month until now, as I said, I was anxious. I only came upon ten drawings that were worth showing to you, but, as awful as things were going that month, I'm surprised I even did that well.

As part of Terry's group, we are encouraged to create SOMETHING each day. Back almost three years ago when I joined the group, I was determined to work on my drawing skills, hoping (against hope?) to somehow achieve that sought after 10,000 hours. I have quite a ways to go yet I'm afraid. But I'm working at it!

Each Sunday afternoon Terry posts a list of daily prompts for the coming week. The prompts are optional, but sometimes they come in handy for a kickstart. At times I meander off on my own, deviating from the prompts.

As I always do, I will list the prompt above each drawing, if I followed it, and any other pertinent information I may have about my subject.

One more thing I must note here. February is the last month I almost exclusively used Copic Markers in my work. They are horrendously expensive and I would go through them much too quickly for my pocketbook. When someone in the #dailycreating group mentioned Derwent Inktense Pencils, I researched them, and decided to jump on that bandwagon. Starting in March you will see how that new endeavor is going. 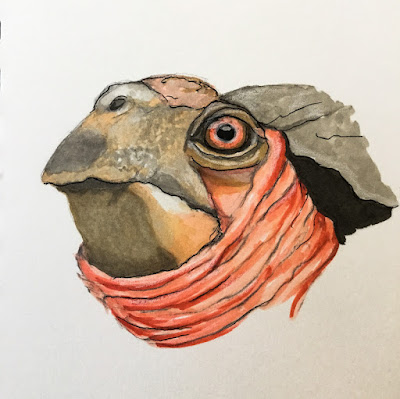 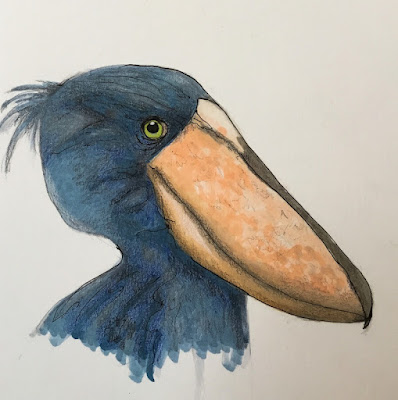 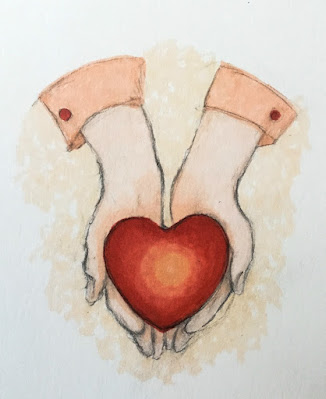 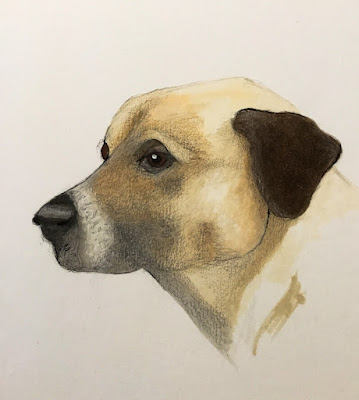 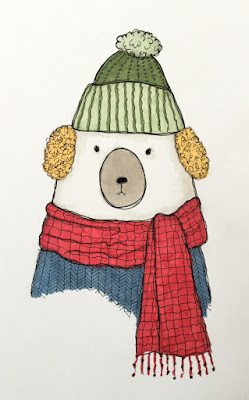 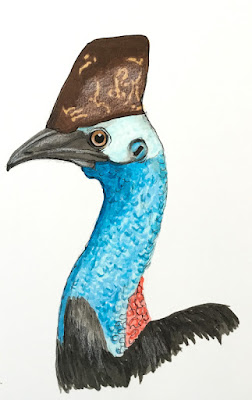 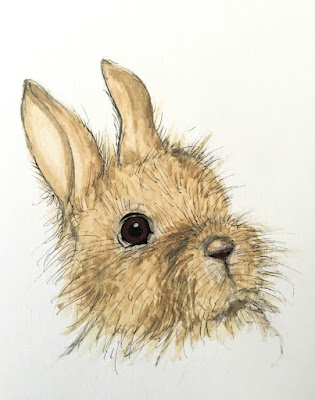 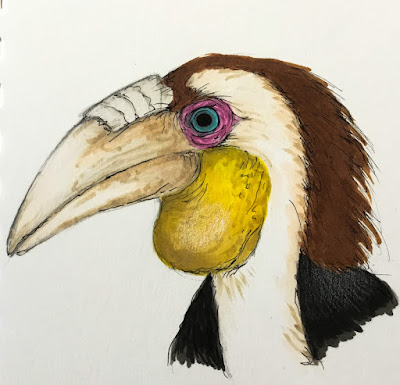 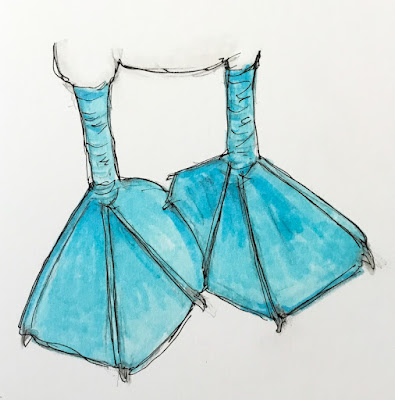 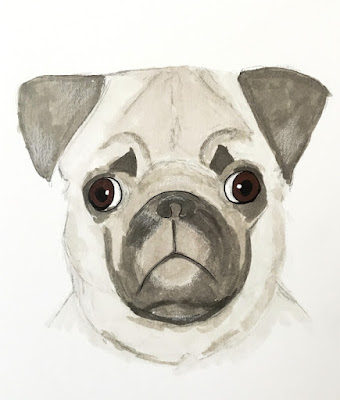 I feel I should probably explain a certain prompt, #thing on thing, that shows up several times. Terry has designated every Wednesday as Thing on Thing for the prompt. Every Wednesday, she has done a cat on a head for years. I have deviated from that idea in that I look for birds that have strange appendages or something in addition to their heads. Thus my version of thing on thing. In researching these birds, I find I am learning all sorts of new things. I love that!
If you have any interest in getting involved in a group that encourages daily creation and that is a very caring and loving group, check out #dailycreatinggroup. We would love to have you on board! And Terry Runyan is a lovely hostess!
Please remember that these are my personal works of art and are not to be used or reproduced in any way without my express permission. Let me know if you would like a piece!
#dailycreating
Smiles.