Here it is, the long-awaited new installment of #dailycreating! Just kidding. I don't know if any of you really look forward to seeing the next month's worth of drawings I've done as a member of artist Terry Runyan's Facebook group, #dailycreating or not.

Anyway, it looks like October 2021 was another of my birdbrained months. All 13 of the drawings I have featured in this post are, once again, birds. I find birds of all sorts intriguing and so fun and satisfying to draw.

During October, one of the members of Terry's group mentioned a challenge that was going on, #birdtober, and shared the daily prompts from this challenge. Since, at the time, birds seemed to be my forte, I thought it would be fun to give some of these daily challenges a try. So that's why you'll find that distinction, #birdtober, above many of the photos.

As part of Terry's international group, we members are all encouraged to do something creative each day. When I joined her group in August 2018, my intent was to work on improving my drawing skills.

To some extent, I am still working on that. But, life has so often gotten in the way lately, that more than ever, I have started to let my daily drawing slide somewhat. Oftentimes I find myself creating in some way that doesn't involve drawing in my sketchbook, be it cardmaking or working on a project for a Skillshare class.

I hope I don't lose my desire to draw completely. Part of what's been getting me down about it is the old "not good enough" syndrome in that I don't get very much approval/affirmation from my social media accounts, mostly Instagram. Put it this way: I have to be content with a whopping 20 hearts on any of my drawings. On occasion, it gets to the high 20s, but not often. If you're interested, you can find me under Paperseedlings on Instagram.

I keep telling myself "it doesn't matter." But I don't listen. It DOES matter. To me. Wah wah wah.

With all my whining out of the way, I will include above each of the drawings the prompt that I was using, as well as any other pertinent information about the bird I've depicted. 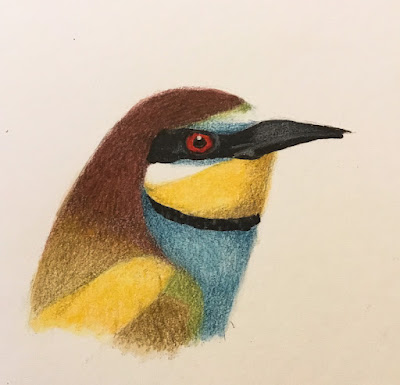 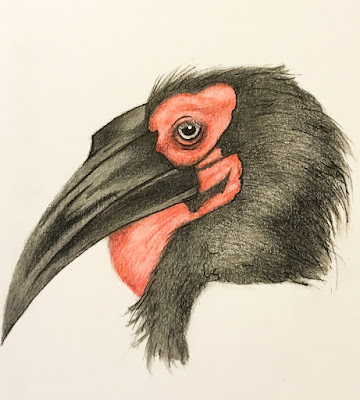 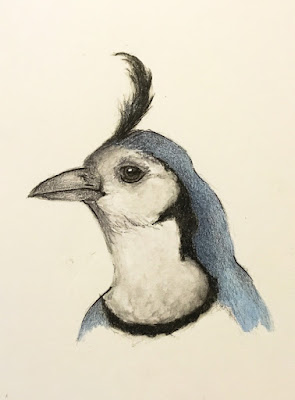 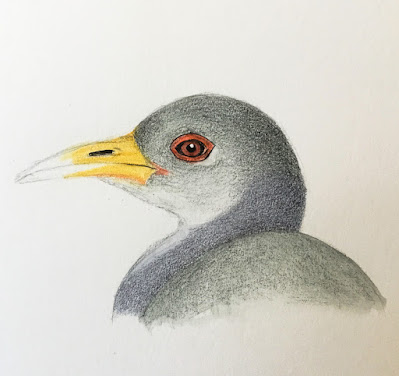 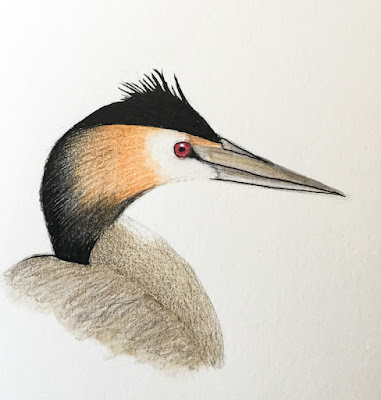 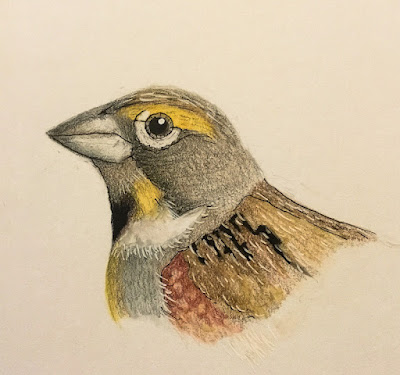 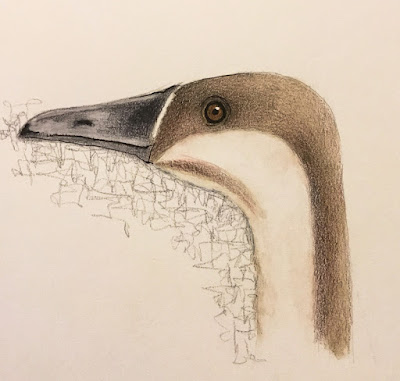 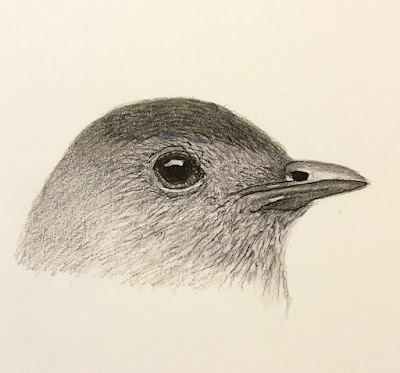 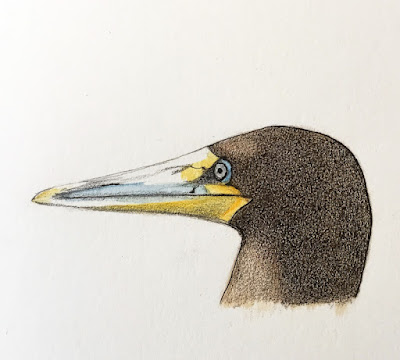 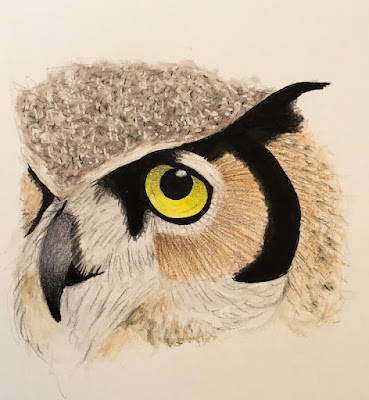 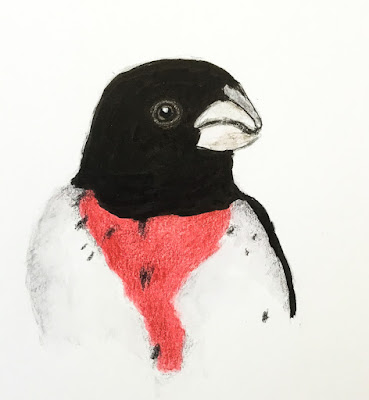 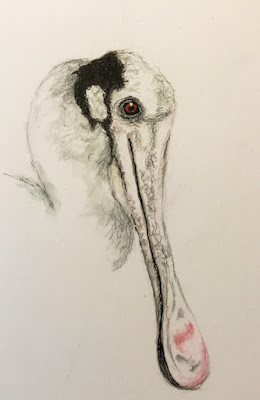 I must admit that it was a thrill to have in front of me a month's worth of bird challenges. I've looked for other such challenges, but so far have been unable to find any more.
Even though I've said it in the past, Terry has designated each Wednesday as #thing on thing day. She always does some sort of a cat on head drawing. She does such a fabulous job of that on a weekly basis. For myself, I have chosen to consider anything extraneous on a bird's head to be fodder for my drawing whims, be it a crest, messy head feathers, weird additions to a beak -- think turkey! -- or whatever draws my interest. That's what I do each week for the #thing on thing prompt.
There we have another month's worth of drawings, once again all birds. I hope you don't mind me showing you my drawings at the beginning of each month.
Please don't use or copy any of my drawings without my permission. Giclee prints are always an option.
Birdbrain
Smiles.