I am finally able to report that I seem to have reluctangly climbed back onto the drawing train a bit -- at least, more than I had been of recent months. During those intervening months, I had done a lot of Neurographic Drawing, necessary as a wonderful stress reliever. Now, on October 1, it's been a few weeks since I've indulged in that sort of soul searching creativity, and have started drawing normally a little more.

As a part of Terry Runyan's #dailycreating group for more than three years now, up until about January, I'd been a faithful follower of her daily prompts. Since then, it's been a struggle to get back on the daily prompt train again. But, I am slowly but surely doing it.

Once again though, I don't have enough non-Neurographic Art to show you so I've combined June and July to come up with a respectable ten drawings to share with you in this post.

As always, I will note above each drawing what the day's prompt was (if I followed it) along with any other pertinent information I may have gleaned about the subject matter. 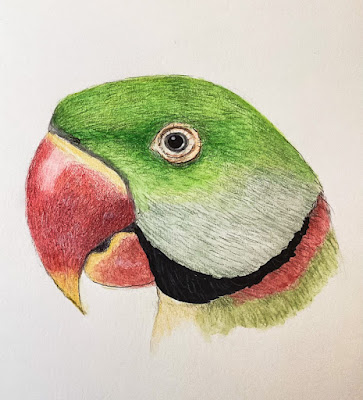 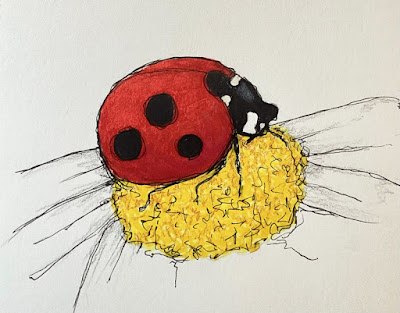 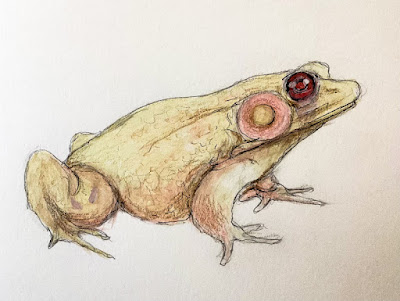 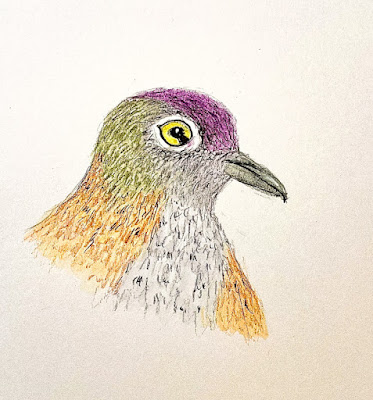 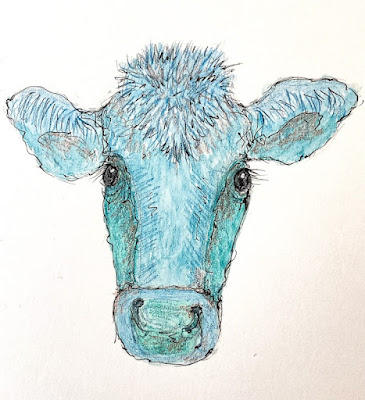 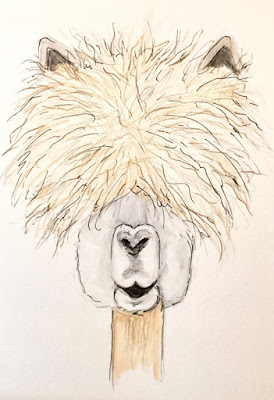 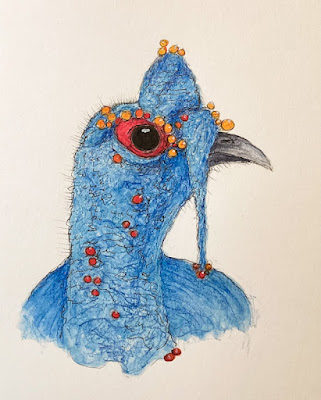 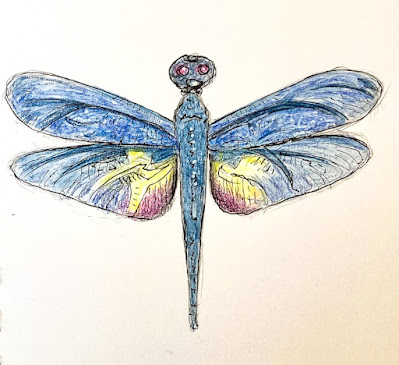 #thing on thing
great crested grebe - everywhere except the americas 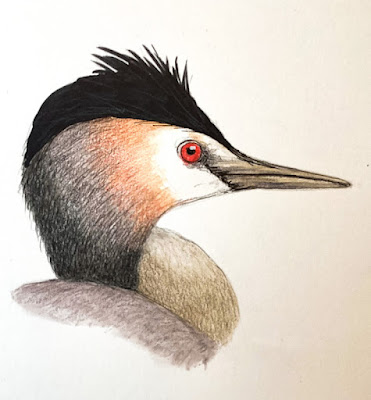 A few explanations: Terry has designated every Wednesday's prompt as #thing on thing. I had decided a long time ago that I would do birds with something extra on their heads, be it a crown, a little something hanging off the beak, etc., for my #thing on thing prompt.
Also, she originally designated Saturdays as #caturday, then she extended it to #dogurday. But several months ago, she also included any animal-urday.
I do have prints of many of my drawings. So, if you're interersted, just let me know.
These are my original pieces of art and are not to be copied or used in any way without my express permission. Thank you for your cooperation in this.
^^^^^^^^^^^^^^^^^^^^^^^^
May you live all the days of your life.
- Jonathan Swift - 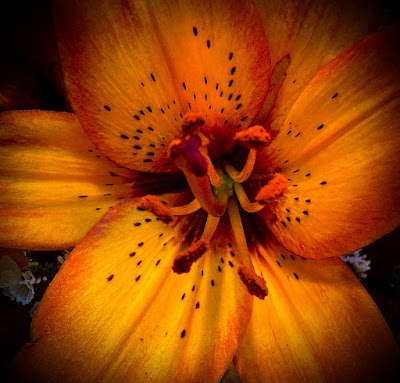